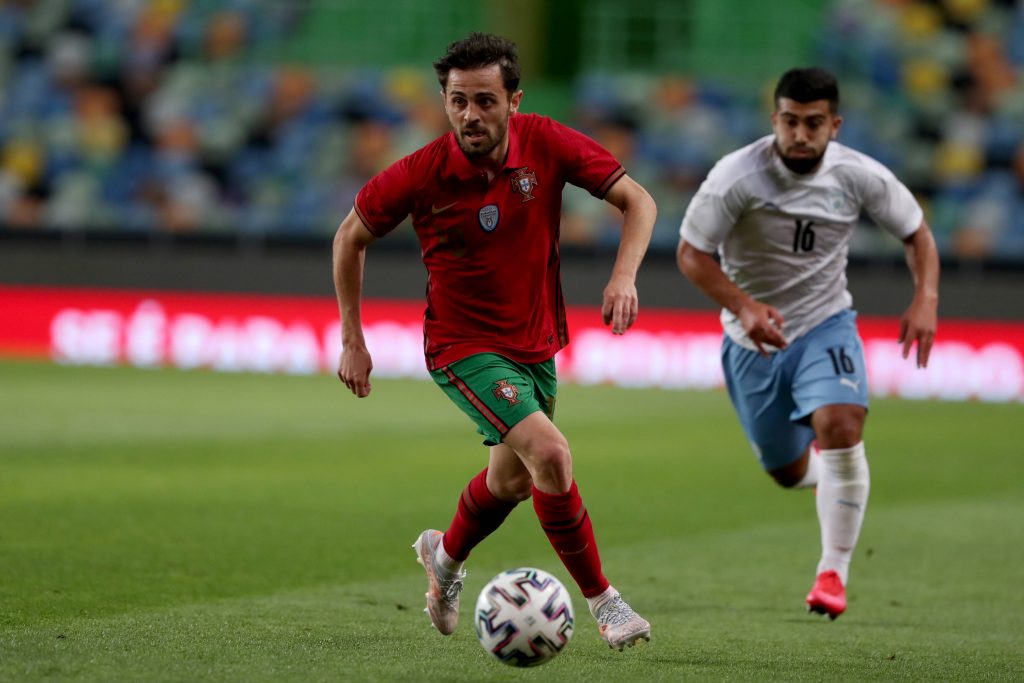 The 26-year-old has registered 201 appearances for the Cityzens in the past four seasons, but he is no longer a guaranteed starter in the league.

He is attracting interest from both Barcelona and Atletico, and the former could have the advantage with a possible part-exchange deal.

They are prepared to include Sergi Roberto or Ousmane Dembele as a makeweight to sign the Portugal international this summer.

Silva featured regularly for the Cityzens in their run to the Champions League final last term, but the same was not the case in the league.

With the emergence of Phil Foden and the bright form of Ilkay Gundogan, Riyad Mahrez and others, he was restricted to only 24 starts.

Silva being in the prime of his career may want the assurance of playing every game, which appears unlikely at City with the fierce competition.

He has been linked with Atletico and Barcelona, and the latter could have the advantage with Pep Guardiola’s reported interest in Sergi Roberto.

Dembele could also be an option for the English champions after an impressive 2020/21 season, where he vastly improved his fitness record.

The Frenchman bagged 11 goals and five assists from 44 outings. He has 12 months left on his contract and is reluctant to extend his stay.

Silva, who is valued at £63 million, would be a quality replacement for either player as he can operate in central, attacking midfield or on the right wing.