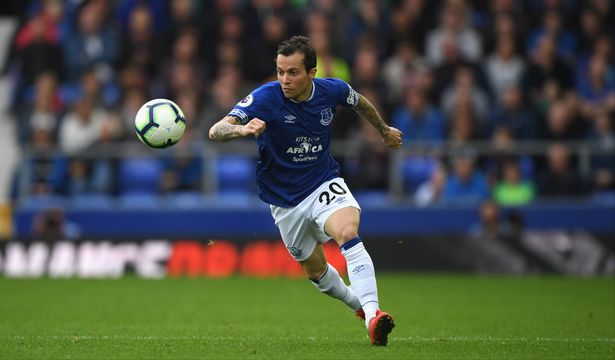 Everton secured a narrow 1-0 win over Watford at Goodison Park on Saturday, putting last weekend’s draw with Crystal Palace behind them to land their first victory of the new Premier League campaign.

All three points for Marco Silva’s men were sealed as early as the 10th minute through Brazilian forward Bernard.

French left-back Lucas Digne set up the goal with a superb long pass from deep inside his own half, and the winger finished nicely.

Everton have now won five games in a row at Goodison for the first time since April 2017, and haven’t conceded at home since they lost 2-0 to Manchester City early February.

Bernard was glad to have helped the Toffees secure a valuable victory, and here is how he reacted to it on Twitter:

Since arriving on Merseyside as a free agent from Ukrainian outfit Shakhtar Donetsk last summer, the 26-year-old has featured in 36 league games for Everton, scoring only twice.

Bernard found the back of the net just once in his first season in the Premier League, and will hope to do more in the final this term and going forward.

Silva was keen to bring in Wilfried Zaha from Crystal Palace during the summer transfer window in order to boost his side’s attack, but the Brazilian man could prove crucial to Everton’s goals this season after his massive and important contribution against Watford.