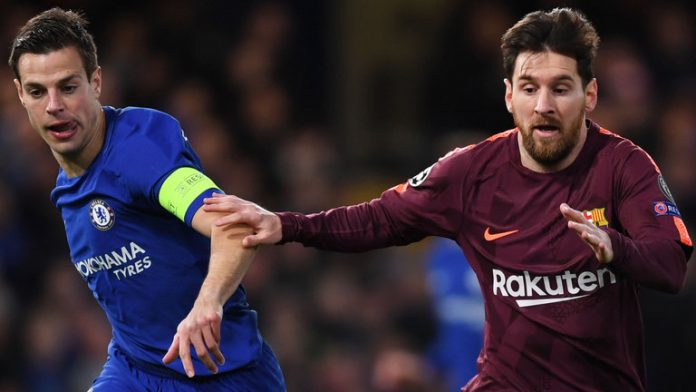 Chelsea visit Barcelona on Wednesday aiming to progress to the quarter-finals of the Champions League.

Willian’s 62nd minute goal looked to have given the Blues a crucial first leg lead, but Lionel Messi equalised 15 minutes from time to swing the tie in Barca’s favour.

Antonio Conte’s went onto to lose their next two Premier League games against the two Manchester clubs, but the bounced back with a 2-1 victory against Crystal Palace last weekend.

Barcelona have won three and drawn one in La Liga since their trip to Stamford Bridge and they will fancy their chances of progressing at the Nou Camp.

Chelsea are unbeaten in their last nine meetings with Barca, but they are outsiders against the Spanish giants this time around.