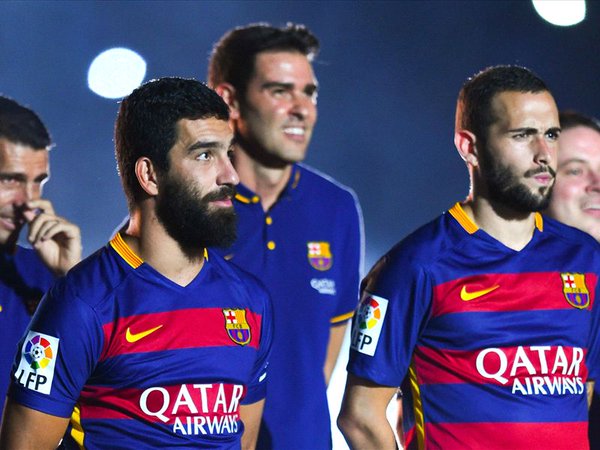 Barcelona’s transfer ban is now lifted, and the club celebrated it in style by releasing a special video featuring their newly registered players Arda Turan and Aleix Vidal.

Both the players agreed to join Barcelona last summer, but the Catalan giants couldn’t register them due to a transfer ban imposed on them for breaching rules of signing international players under the age of 18.

The ban ended on Monday, and the two players are now available for selection when Barca meet Espanyol in the Copa del Rey clash on Wednesday.

The short video features both Turan and Vidal posing in their new club shirts, followed by the slogan – ‘Time to Play’.