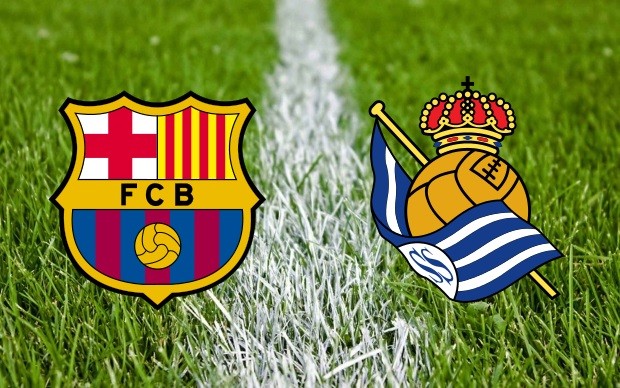 In-form Barcelona entertain Real Sociedad on Saturday at the Camp Nou in a bid to extend their lead at the top of the Liga standings. Barcelona could go seven points clear in the title race before their rivals, Atletico Madrid and Real Madrid, kick off their respective matches.

Luis Enrique’s Barcelona have been in imperious form of late, and will head into the match on the back of their 4-0 Clasico win over Real Madrid at the Santiago Bernabeu last weekend. They also eased past AS Roma in the Champions League on Tuesday night, beating the Italians 6-1 in a game which saw the return of Lionel Messi into goalscoring form.

Meanwhile, Real Sociedad’s struggles this season led to the dismissal of David Moyes earlier this month. Moyes’ successor, Eusebio, worked at Barcelona until February this year, and will be keen to get one over his former employers. La Real are stuck in 14th place, with 12 points from 12 games in the season thus far, but Eusebio’s first game in charge was a 2-0 win over Sevilla last weekend.

Barcelona are on a run of five wins on the spin in all competitions and will be expected to negotiate the Basque club’s threat with relative ease. La Real, though, will take confidence from the fact their away form this season has been better than their home form, with two of their three wins coming on the road at Granada and Levante.

A win for Real Sociedad could propel them to as high as 11th in the standings, while a Barcelona win will make it 11 wins in 13 games this season for the reigning champions.

Barcelona suffered another midfield injury casualty as Sergi Roberto sustained an ankle injury in the Roma game. The La Masia starlet has been impressive this season, but will likely miss out. Javier Mascherano could be set for a return after hobbling off in the Clasico last time out, although he could be afforded a rest.

Last week, Asier Illarramendi picked up his fifth yellow card of the season against Sevilla and as a consequence, is suspended for the trip to Barcelona. Jonathas and David Zurutuza are expected to miss out through injury, while Alain Oyarzun, Oier Olazabal and Raul Navas could all return into the thick of the action. 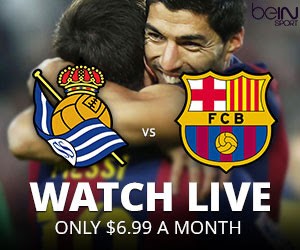