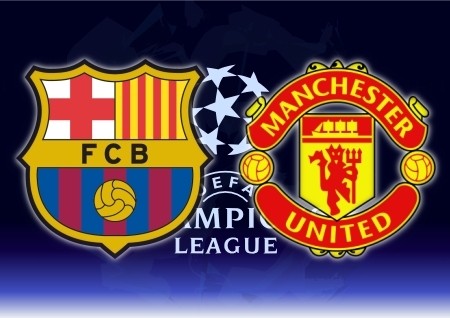 Barcelona v Manchester United. Manchester United v Barcelona. The stage is set for Wembley Stadium to host the two best football clubs of the last decade as they go head to head on Saturday, 28 May 2011.

The records reel off the tongue effortlessly: Five league titles in seven years for Barcelona, four league titles in five years for Manchester United. The third Champions League final for Barcelona in six years, the third Champions League final for Manchester United in four years. The world’s greatest footballer vs the world’s greatest manager (and in the cases of Lionel Messi and Sir Alex Ferguson, the term ‘greatest’ is not used lightly). The most valuable club in world football against the football club with the highest wages. Two of the three highest earning football clubs. If you were ever to have a match to pit the two best football teams against each other, United v Barcelona would be it.

There was a sense of injustice last season for both sides – with Inter doing a number on Barcelona in the semi final and Bayern beating Manchester United by hustling both referee and opposition defence in the quarters. In an ideal world for both sets of fans they would have met for a second time in two years in last year’s final and this year would have marked an historic and unprecedented third consecutive final between the two sides.

As things stand, the score is 1-1 – Manchester United triumphed in their 2008 semifinal clash thanks to a hugely effective defensive performance and a well-taken Scholes goal. In 2009 Barcelona turned the tables by taking their chances early and then controlling the game and killing it off with a second goal. United were hardly at the races then, although they performed better in that game than Arsenal, Chelsea or Madrid have in recent seasons (purely in terms of possession (47%) and 11 attempts on goal (albeit 7 off target)).

In the last few Champions League seasons the team that has survived the tougher semi-final / has had a tougher route to the final has gone on to win. Manchester United overcame Barcelona in 2008 and duly held their nerve to win in Moscow, Barcelona beat Chelsea in extra time in 2009 and won the title, Inter toppled Barcelona in 2010 and duly won against Bayern in the final. Going by that logic Barcelona have done more in the semi-final, given the fractious nature of their games against Real Madrid.

But even without that, this year Barcelona are clear favourites, on the back of winning their third successive league title and the core of their team winning the World Cup with Spain last summer. Their only realistic rival in European club football in the last five years has been Manchester United, and given how Ferguson has overcome numerous challenges in the last decade in terms of teams, tactics and star-studded squads (outwitting Chelsea, Liverpool, Arsenal and Manchester City), Manchester United stand a good chance of upsetting the odds at Wembley.

We’ll be adding more to our Champions League final coverage in the coming days, looking at the squads, recent histories of the two clubs, more statistics than you can handle and extensive coverage on match day itself (including a live blog for those readers looking to follow the match online). Bookmark this page (and follow Soccerlens on Twitter and Facebook) so you can stay updated on all the latest United v Barcelona news.