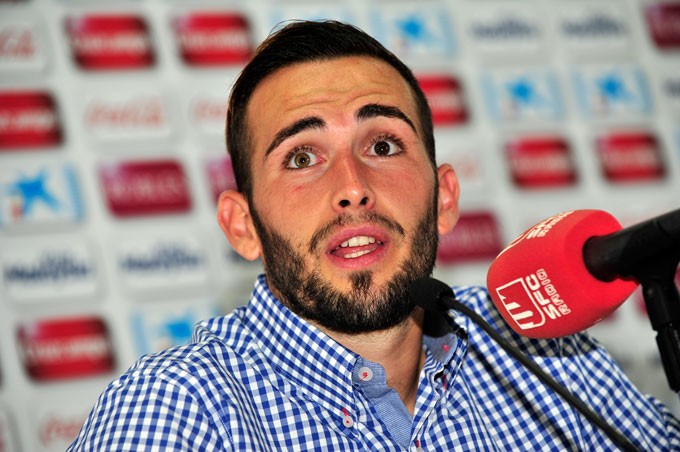 Barcelona have confirmed the signing of right wing-back Aleix Vidal from Sevilla on Sunday.

The deal was announced just a day after the Catalan club completed a treble by winning the Champions League final 3-1 against Juventus in Berlin. He has now signed a five year deal with Barcelona and will undergo his medical, before being unveiled on Monday.

“FC Barcelona and Sevilla FC have struck a deal to bring Aleix Vidal to the Camp Nou, with the 25-year-old signing a five-year contract that will keep him at the Club until June 2020,” a statement read on Barcelona’s official website.

“Vidal – a pacey right wing back – will be officially presented on Monday, with the signing ceremony set to take place at 1.00 pm CET after a morning of medical tests at the Hospital de Barcelona and the Centre Mèdic at the Ciutat Esportiva.”

The 25-year-old started his youth career at Barcelona in 2000 and has also spent three years at Real Madrid’s academy from 2002 to 2005. Vidal made his breakthrough at Almeria, where he spent three seasons before making it to Sevilla.

He helped the Spanish club retain the Europa League last season as they defeated Dnipro Dnipropetrovsk in the final last month.

The signing of Vidal could come as a surprise for many, especially after FIFA imposed a transfer ban on the Spanish club until January 2016. Despite agreeing a deal with Barcelona, he will not be able to play for the La Liga giants until next year.