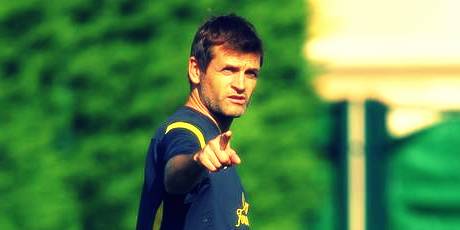 Barcelona have been rocked by the sad news that manager Tito Vilanova has suffered a setback in his fight against cancer.

Barcelona are yet to comment on the issue but widespread reports over social media sites and networks have suggested Vilanova has suffered a reoccurrence of a tumour which he originally had removed from his neck last November.

Reports are unclear but suggest Vilanova is likely to step down as manager of the side after only taking over at the start of this season in place of Pep Guardiola.

If Vilanova does step down to concentrate on his recovery against the illness then it will mean a possibly temporary vacancy for one of the top jobs in global football.

Barcelona would have two options; they could act swiftly to appoint an interim manager until Vilanova’s health and immediate situation are clearer i.e. until he recovers or they could look at appointing a permanent manager as a long term replacement.

Vilanova has been in charge of the team for just 27 matches and he has won 23 of those fixtures. Whoever does take over will come into a club nine points clear at the top of the table and comfortably qualified into the last 16 of the Champions League.

There is no response through the social media sources from Barcelona players who appear to be staying mute on the issue until they have been fully updated on the situation by the club.

It could drastically dent the immediate future of this team because Vilanova had just started to develop the team in his own way after the Guardiola era.

Guardiola himself would be one of the candidates to come back and take temporary charge of the team because he knows the current squad, they know his tactics and style of play and he will sympathise with this situation.

The club are set to make an official announcement over the matter later this afternoon.

Click here to read the follow-up to this news story.