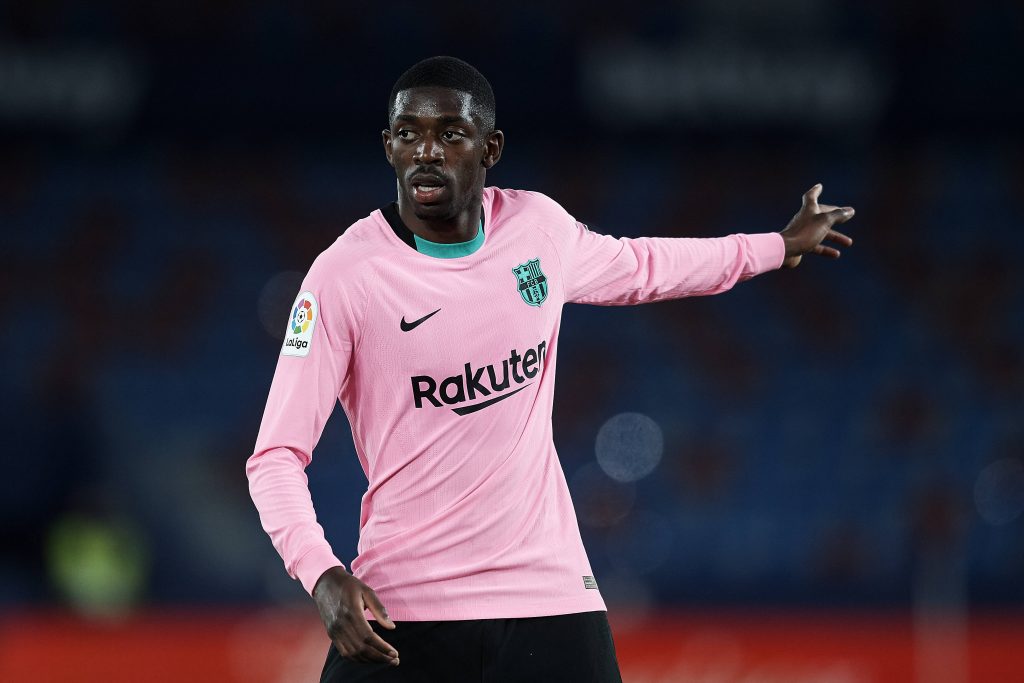 Barcelona have offered an ultimatum to French winger Ousmane Dembele, threatening to leave him in the stands for the season if he does not sign a new contract.

Dembele’s time at Barcelona has been rocky, to say the least.

Having arrived for a nine-figure sum from Borussia Dortmund in 2017, it was hoped that he would be the man to replace superstar Neymar, who had departed for Paris Saint-Germain for a world record fee that summer.

Unfortunately, things haven’t gone as planned. The Frenchman has had his career at Camp Nou blighted by injuries, and he has not been consistent enough on the pitch.

In his 81 La Liga appearances, he has scored 18 goals and recorded 14 assists.

The 24-year-old has just under one year remaining on his current contract, leaving him possibly available for free next summer.

Amid chaotic financial troubles, La Blaugrana will be desperate to avoid losing one of their most valuable assets for nothing.

According to Mundo Deportivo, the Catalan giants have taken action to encourage him to sign a new deal, threatening to leave him off the pitch if he does not renew.

This is similar to the stance taken with youngster Ilaix Moriba, who has been demoted to Barcelona B after rejecting a new contract.

Dembele will be eager to make an impression this season, with the World Cup in Qatar approaching.

He was part of Didier Deschamps’ squad for the European Championships but was limited to substitute appearances before suffering an injury that ended his tournament.

With competition for places high in the France national team, the winger will know that he needs to be playing regularly if he wishes to break into the starting XI.

A season on the sidelines would not only keep him out of the starting line-up but would also put his place in the squad in jeopardy.

As for Barcelona, it should be interesting to see whether they’ll hold firm on this threat.

Francisco Trincao has been loaned out, while fellow forwards Antoine Griezmann and Martin Braithwaite are both believed to be on the transfer list as the club looks to reduce the wage bill.

Should both of them exit, it could leave manager Ronald Koeman lacking in attacking options.

The Dutchman will have new arrivals Memphis Depay and Sergio Aguero to choose from, as well as star man Lionel Messi and teenager Ansu Fati, who returns from a long injury lay-off.