His languid style and exquisite skill seems tailor-made for the place, even if his work-rate when his team does not have the ball may be a little out of kilter with the club ethos, but is signing Dimitar Berbatov really on the radar on Catalan giants Barcelona? Well, according to a report in the Express online, he just might be. 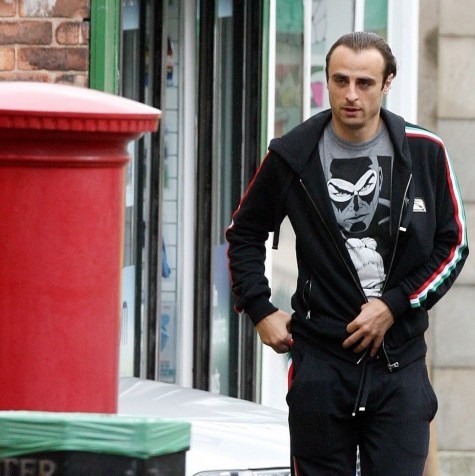 The 32 year-old can currently be found undertaking what a lot would describe as a period of winding- down his career, offering an occasional glimpse of an ability many others are unable to contemplate, but mainly strolling around Craven Cottage in his own special way, sometimes offering barely concealed sympathetic sadness that others are not on his wavelength. Out of contract and probably drifting to a summer departure to a less frenetic league was probably the natural consequence. Barca’s reported interest may change all that however.

It’s thought that with Messi’s injury problems and heavy fixture congestion ahead from the club’s inevitable involvement in multiple competitions, hiring in a cut price experienced forward able to offer cover for resting players would be a sensible option. An older player with top-class experience honed in the heat of European competition and case-tested with a top club would fit the bill. Add in an ability to play in European competition if required this season, and the photo-fit takes on a distinctly Berbatov-esque shape.

Would Fulham let him go in January? Well, as the Express report suggests, if it seems likely that the player is unlikely to sign a new contract, getting a fee in January may make sense. The report does query whether Berbatov’s pay demands could be met, but I can’t see a situation where, if offered the chance of six months or so at Barcelona, the Bulgarian would quibble over a few thousand euros here or there. Here’s a guy who has played at the top level for a decade or so. I think his finances are probably fairly stable.

Some transfer speculation stories that you read can be dismissed out of hand, others just seem to strike a chord and carry a certain logic. Personally, I think this falls into that second category.  Now I’m not saying that it is going to happen but seeing Berbatov trot out at the Camp Nou in the Blaugrana, would not be the biggest surprise in the world.