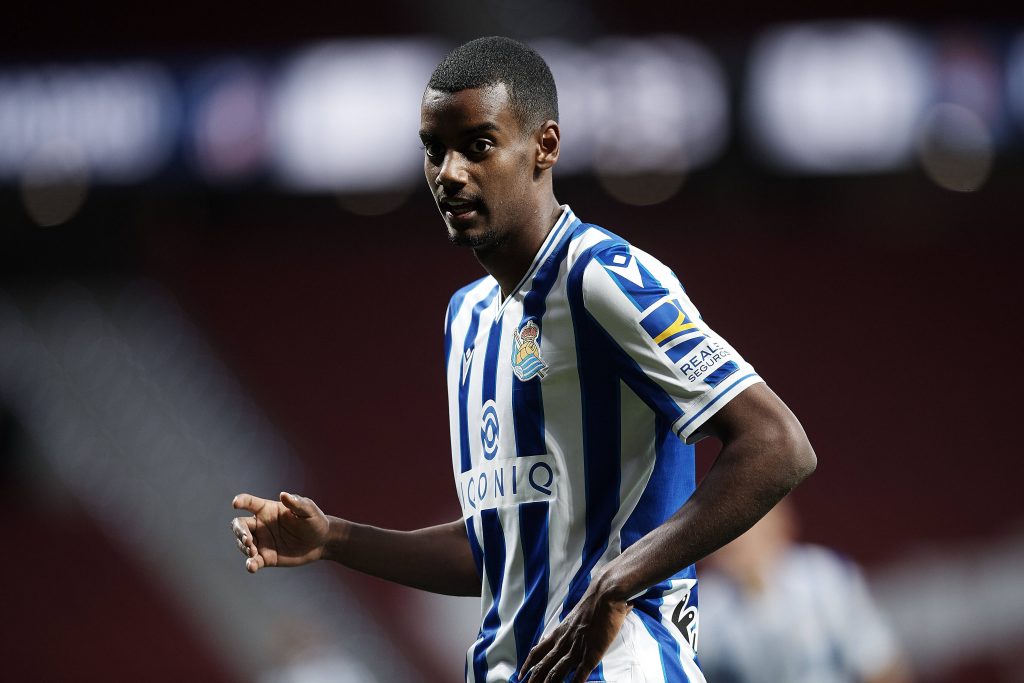 Barcelona are weighing up a move for Real Sociedad striker Alexander Isak as a possible alternative to Erling Braut Haaland, according to Marca.

Haaland has become one of football’s hottest properties in the last 18 months since his move to Borussia Dortmund.

The Norwegian has hit a staggering 55 goals in 57 appearances for the Black and Yellows, including a brace in Thursday’s DFB Pokal final victory over RB Leipzig.

His performances in Germany have attracted the attention of several of Europe’s top clubs. One of those clubs is Barcelona, who met with the 20-year-old’s agent and father back in April to discuss a possible transfer.

However, the Catalan giants have racked up over €1 billion in debt, making a move for Haaland this summer near-impossible.

As a result, they have had to look for other options, such as Sergio Aguero and Memphis Depay. According to Marca, Real Sociedad’s Alexander Isak is another striker on their radar.

The 21-year-old has enjoyed a strong spell in La Liga since arriving from Dortmund in 2019, scoring 30 goals in all competitions and winning the Copa del Rey.

This term, he has found the net on 14 occasions in the league, making him the division’s sixth top scorer behind Lionel Messi, Karim Benzema, Gerard Moreno, Luis Suarez and Youssef En-Nesyri.

Marca states that the Swede would cost between €25m and €30m, which is far more affordable for La Blaugrana.

The possible arrivals of Memphis Depay and Sergio Aguero would not interfere with any deal, considering Aguero’s age and Depay’s ability to play out wide.

Manager Ronald Koeman currently only has one natural striker available to choose from – that man being Martin Braithwaite.

The Denmark international has proven to be a competent back-up option but is not up to the level that Barcelona will need if they wish to get back to their best.