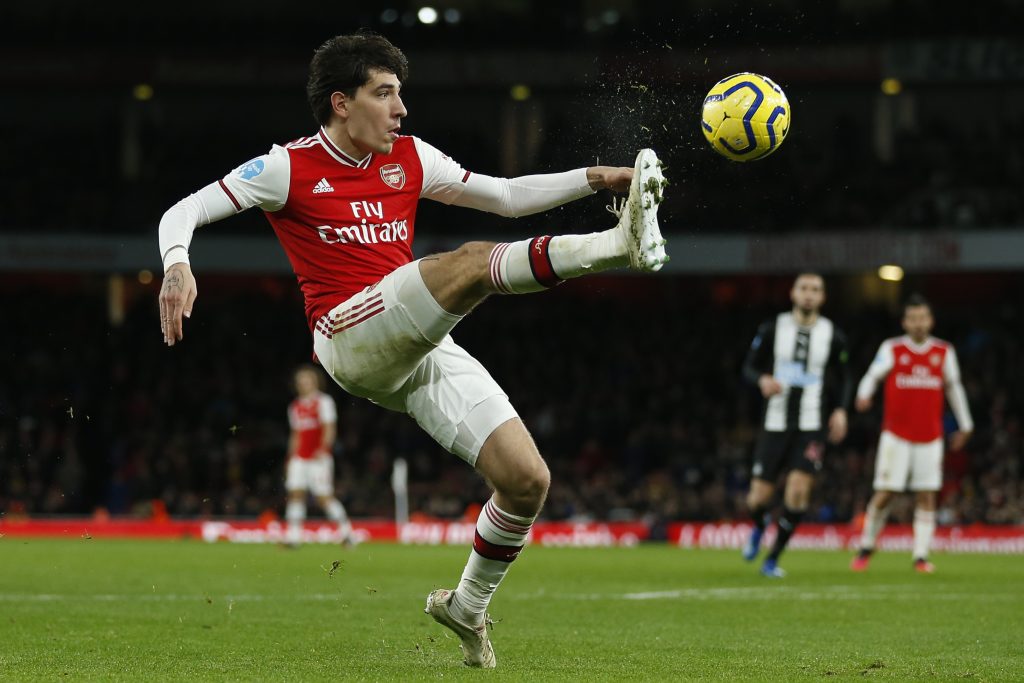 Former Arsenal defender Bacary Sagna has said that Hector Bellerin could leave the Gunners this summer to challenge himself.

Bellerin has made 234 appearances for the north London club since his debut in 2013, but his future with the club is uncertain at the moment.

His contract is due to expire in June next year, and it has been reported that he has an agreement with manager Mikel Arteta to leave the club this summer.

Speaking exclusively to Goal.com, Sagna said that the right-back may finally part ways with the Gunners this summer in the quest for a new challenge.

While the club have recently won silverware, Sagna emphasised that the 26-year-old may want to test himself at another club during the backend of his career.

He said: “Hector has been there for years. He started playing not long after I left, so he has been in the team for like six years.

“And a bit like I felt, he probably feels that he wants to challenge himself because he has been there for a long time.

“It’s quite tricky as a player. Hector’s still young, he still has five good years to play at the top level, and he can do it. So, if he left now, I wouldn’t be surprised.”

Bellerin was a regular starter during the first half of the current season, and he was impressive going forward and registered a few assists.

Despite this, he was caught out defensively on multiple occasions leading to criticism from a section of the club’s supporters.

Before the international break, Bellerin only featured in the Europa League games and did not play in four consecutive Premier League matches.

Both Cedric Soares and Calum Chambers impressed in his absence and the latter recently starred in the 3-3 comeback draw at West Ham United.

Chambers, who had barely played since his long-term knee injury, managed six clearances and eight crosses – two of which indirectly contributed to goals.

Irrespective of this, the club may be eyeing another quality right-back this summer, and Bellerin has been linked with a potential return to Barcelona.

Bellerin, who is valued at £22.5 million by Transfermarkt, spent eight years in the La Masia academy before heading to the Gunners youth ranks alongside Jon Toral in 2011.

Read: Arsenal will target this La Liga playmaker if they fail to re-sign Martin Odegaard.