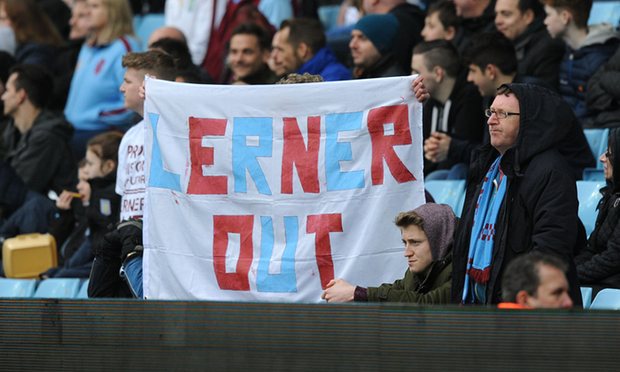 Chinese businessman and Chairman of the Recan Group Dr Tony Jiantong Xia has agreed to buy relegated Aston Villa for £60m, the club has confirmed via an official statement.

American billionaire Randy Lerner, who bought Aston Villa in 2006, put the club up for sale in 2014, and he believes Xia is an “excellent choice” to take the club forward.

Lerner has been actively trying to sell the club for years now but he failed to strike a deal with investors largely due to his demands for a £200m fee, having bought the club for £62.6m in August 2006 and invested a further £200m.

However, Villa’s relegation this season has forced him to slash his price and now Lerner has agreed to sell the club for a knockdown price.

Tony Xia is the owner of the Recon Group. It is a multinational conglomerate holding company that trades in five publicly listed companies on the Hong Kong and Chinese stock exchanges that operate in 75 countries.

Academically he was a bright student having spent six years at Harvard and Massachusetts Institute of Technology, including five months at Oxford University, before returning to China. Most importantly, he is reportedly an Aston Villa fan and was delighted to become its owner.

“Dr Xia played football as a striker until he finished at college and football has remained his passion. Dr Xia decided to buy an iconic football club in England as the cornerstone of his Sports, Leisure and Tourism Division. He became a fan of Aston Villa many years ago and is delighted at the opportunity to become the new owner,” as per the club’s statement.

Xia would take 100% ownership of the club and become the chairman, only if it gets an approval (provide proof of finance) from the Football League.

Xia’s primary target should be to take Aston Villa to the Premier League. But before that, he needs to find a good manager. The club sacked Remi Garde at the end of March and Xia’s first challenge will be to appoint a good manager. Nigel Pearson and Roberto Di Matteo are thought to be among the favourites.

There could also be a role for Damien Comolli, could also be named as director of football, the role he held at both Liverpool and Tottenham Hotspur. He would be tasked with leading recruitment, an area Villa failed in considerably last summer.