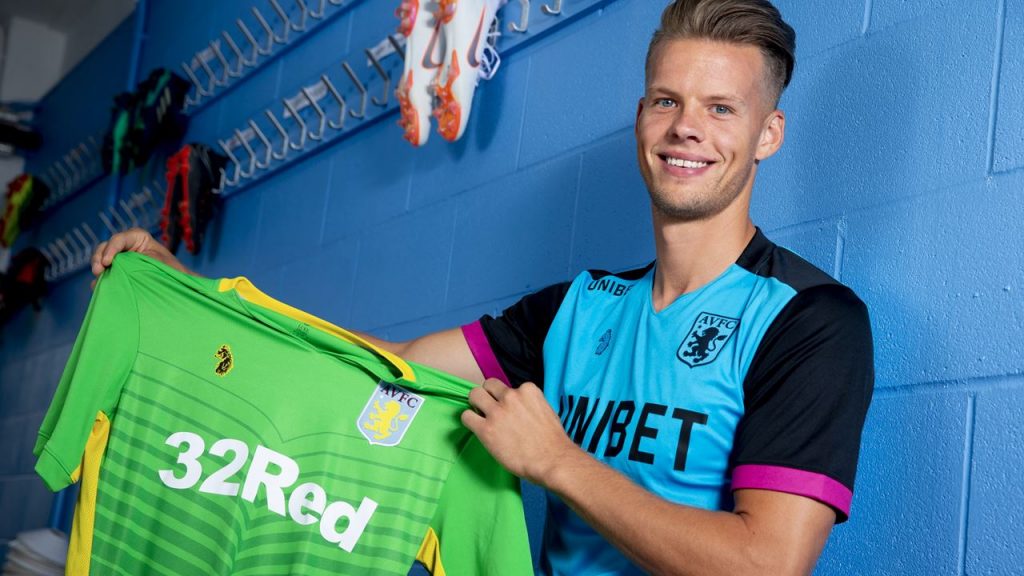 Aston Villa crashed to a 3-2 defeat against Leeds United in the Championship last night.

Despite having an impressive 2-0 lead within the first seventeen minutes, Dean Smith’s men failed to hold on to their advantage and they were punished accordingly.

Aston Villa have been fragile at the back this season and their weaknesses were evident once again last night.

It will be interesting to see how Smith plugs these gaps in his side in January. Villa should look to invest in a defender. They have already signed a new keeper in Kalinic.

Orjan Nyland has had a poor season so far and Kalinic’s arrival was most needed. A spell away from the starting lineup would be good for Nyland right now. He is under pressure and Smith needs to take him out of the firing line for a while.

The Aston Villa fans weren’t too happy with their shot stopper’s performance last night. They took to Twitter to share their thoughts on Nyland.

Peacock-Farrell, who looks like he’s currently on his winter break from school, looks a lot more assured than Nyland in our goal. #AVFC #LUFC

Seriously there can’t be a worst goalkeeper than Nyland in the championship. #frompoundland, #avfc

Does nyland ever save anything ??‍♂️ #avfc

Hutton, Wheelan and Nyland are the liabilities in the team and they need to be sorted if we are to move on! #AVLLEE

Elmo, Whelan, Nyland, and El Ghazi can all fuck off in January for me!

All I want for Christmas is Hutton and Nyland to join another fucking team.

Nyland has been disappointing but left helpless today. You could have Lev Yashin in goal and it would make no difference with this defence.