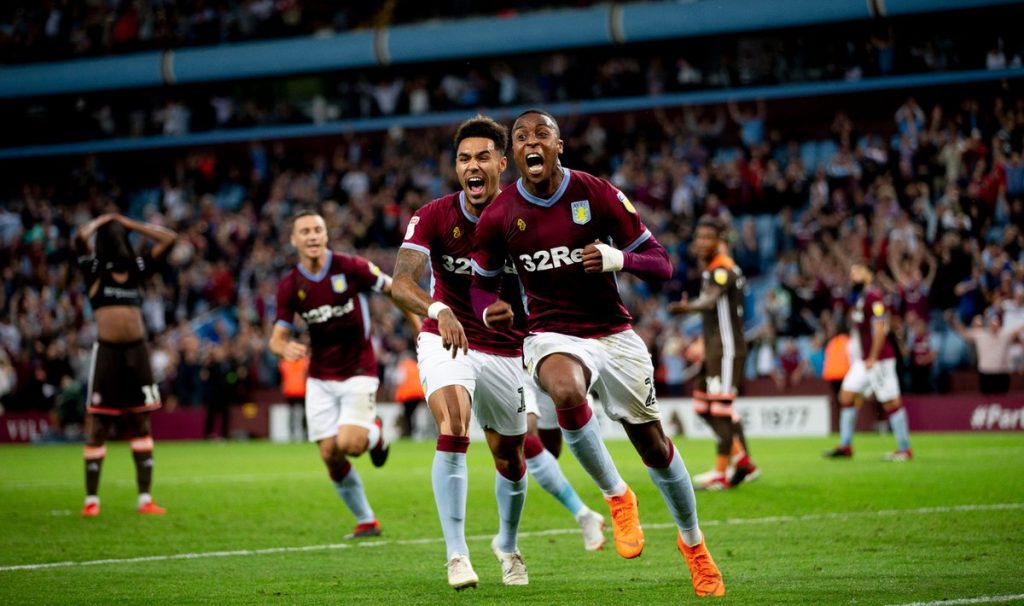 Aston Villa rescued a point against Brentford with a late equaliser in the Championship yesterday.

A brace from Jonathan Kodjia extended Aston Villa’s unbeaten start to the season.

The home side trailed twice after goals from Neal Maupay in each half. However, they managed to fight and get back on level terms eventually.

Steve Bruce’s men were excellent in the first half despite conceding a goal. The hosts looked sharp and they played some free-flowing attacking football.

Brentford managed to score twice against the run of the play and they will be satisfied with the result in the end. Aston Villa were dominant for most parts of the game and they could have won it on another day.

The Aston Villa star was unplayable last night and here is how the home fans reacted to his performance on Twitter.

What a goal from Kodjia ? #avfc pic.twitter.com/0rARSOVUCI

Too many #avfc fans forgot just how good Kodjia is.

Happy for him. Fix that defense and we may actually have a team.

Good to have you back #AVFC

People who’ve been slaying Kodjia for being lazy & not into it need to look at that goal over & over again… it was pure quality…left their defender chewing grass & burnt the net with the finish ?‍♂️ #avfc #utv

Great to see our man back to his best ? keep that goal scoring run going #avfc