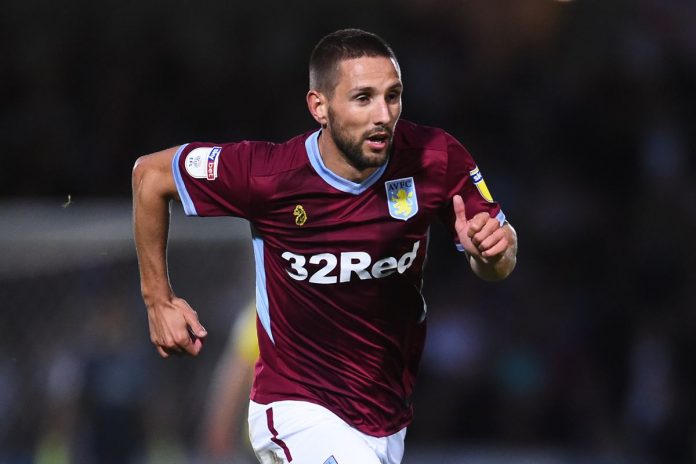 Aston Villa picked up a 2-1 win over Ipswich Town in the Championship yesterday.

A brace from Tammy Abraham sealed the win for Dean Smith’s side at home. The win leaves Aston Villa tenth in the table, level on points with Nottingham Forest.

The Championship outfit will be desperate for promotion this season and if they can put together a winning run, they will certainly have a chance.

Meanwhile, the fans weren’t too happy with midfielder Conor Hourihane’s performance against Ipswich.

Despite managing to win the game, the Villans struggled to control the tempo and Hourihane’s wasteful passing was a major issue.

The Aston Villa midfielder lacked calmness and composure at the middle of the park and he will have to improve going forward.

Aston Villa fans took to Twitter to share their thoughts on the 27-year-old midfielder’s performance against Ipswich Town yesterday.

If anyone tells me Hourihane is playing well, I’ll explode. He never shows, never tackles, consistently goes sideways and backwards not forwards. He’s a passenger and we can’t afford to carry players. He needs to get involved more. We can’t afford to have him just for free kicks.

Can’t wait to see a team that doesn’t have Taylor, Hourihane and Whelan (thought played well today though) I’m after this transfer window. Oh and Jack back.

Hourihane is terrible this shouldn’t even be a poll

Fair to say Conor Hourihane polarises opinion as much, if not more, than any other Villa player. Take him out of the team and you miss his goals and assists as we’ve found to our cost in the past. Frustrates the hell out of me when he doesn’t get stuck into a tackle tho. #avfc

Stats don’t tell the whole story. Hourihane is not good enough, not only is he anonymous for large periods of the game, his tracking back and positional awareness is awful.

Ok Conor Hourihane fans. I get that his delivery is pretty good but how on earth do you defend him here. #AVFC pic.twitter.com/UpYZdMuLjU

Still think Hourihane is a myth, can’t be a good CM if you hide when the going gets tough and never want the ball off the CBs https://t.co/mO8dUYsCT8