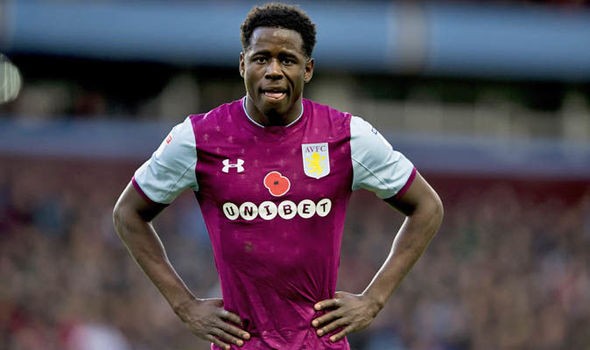 Aston Villa have made as many as five signings this summer already.

And there have been suggestions that Dean Smith could bring in further six new faces before the end of the transfer window.

It also means several players are likely to be shipped out, either permanently or on loan.

One of the players who could leave the club, albeit temporarily, is Keinan Davis.

According to reports from The Mirror, the promising young striker is wanted by several Championship clubs on loan.

The 21-year-old may find first-team opportunities hard to come by following Villa’s promotion to the Premier League.

With Villa having broken their transfer record to pay £22million for the Brazilian, Wesley Moraes, and Smith looking to bring in one or two more forwards, a move away from Villa Park is ideal for Davis.

The report claims that QPR, Swansea, Hull and Preston have enquired about taking Davis on loan.

Davies has scored three goals in 44 games for Villa but the majority of his appearances have been off the bench.

Villa fans have taken to Twitter to express their reaction, and many feel that a loan move will benefit the young forward.

I’d let him go. I don’t rate the lad. Really not good enough for a team like ours. He runs about like his hearts not in it!! We need players with Lion hearts. We need to start using Callum that mans the next SJG. U can see O,hare’s Quality #UTV

A loan move will be good for him. Looked really promising when he came in for a stint under Bruce. He needs some competitive game time to sharpen him up.

That’s good, he needs football, might be able to get a few goals and when he comes back he could be a clinical striker

Doesn’t score goals and won’t even get on the bench. Got to be the best thing to send him on loan #avfc

Good move for him!