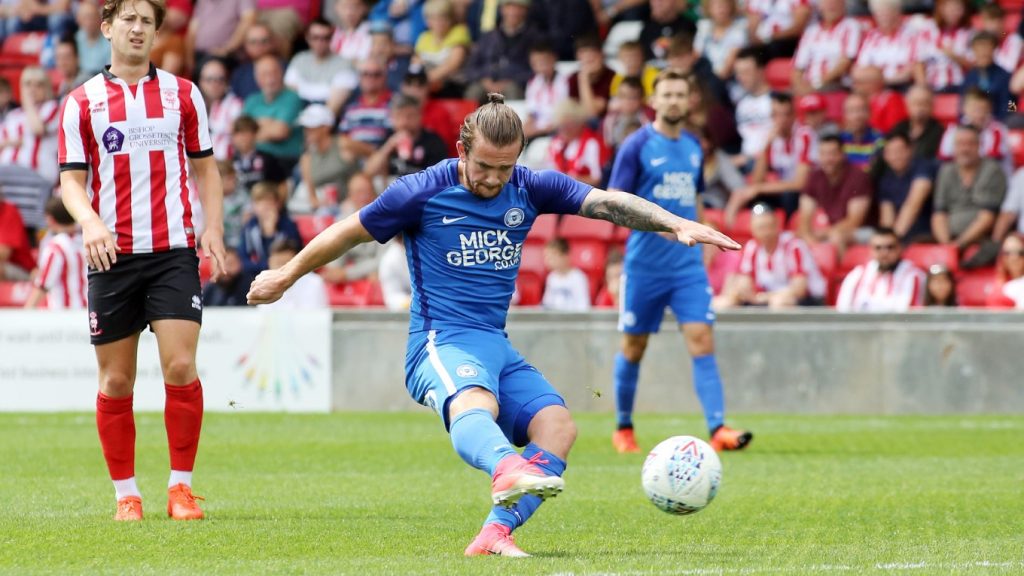 Aston Villa are keen on improving their attacking options when the transfer window opens in January.

The Championship outfit are keeping tabs on the highly rated Jack Marriott if reports are to be believed. According to Daily Mail, the Peterborough forward’s excellent form has attracted the interest of QPR and Sunderland as well.

Marriott has a contract until 2021 and it will be interesting to see whether the League One outfit are willing to negotiate a sale in January.  Club owner Darragh MacAnthony has sold star players for the right price in the past and therefore Aston Villa could have a chance here.

Marriott has scored 17 goals in 30 games for the League One side following a summer move from Luton. Villa could certainly use a prolific goalscorer like him during the second half of the season.

Jonathan Kodjia is sidelined for several months with an injury and Keinan Davis is set to be rested. Bruce himself confirmed earlier this week that the club will look to sign a No.9 and Marriott could be the perfect signing for them.

He said: “We want someone who can lead the line and can do the job that Davis does for us. We don’t have millions to spend so we’ll have to be a bit more creative and hope we can borrow one or two players. I’m sure there will be players interested in coming to Aston Villa because of the size and the tradition of the club.”

Aston Villa will be hoping to secure promotion to the Premier League this year and someone like Marriott could make a huge difference.