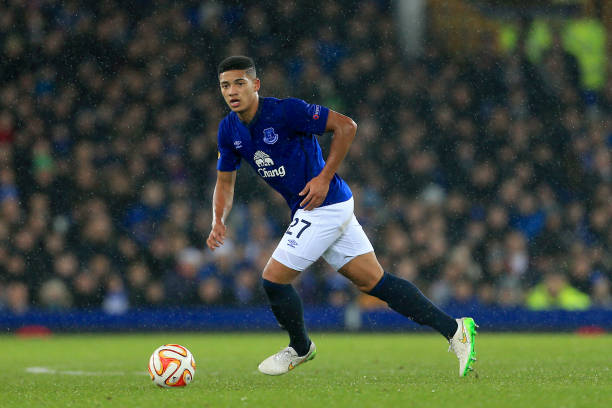 Aston Villa are looking to sign Tyias Browning from Everton.

According to Bristol Post, the Championship outfit are keen on improving their defence and they are hoping to bring in the Everton defender on loan.

The report adds that the transfer is close.

Browning hasn’t had too many first team chance under Marco Silva and it is best for him to go out and get first team experience elsewhere. At this stage of his career, Browning needs to play regularly.

Aston Villa could provide the young defender with the ideal opportunity. Dean Smith’s side are in need of defensive depth. The Championship side know that they will have to improve at the back if they want to secure promotion this season.

Browning could prove to be a wise addition on a bargain. If the youngster manages to impress, a permanent deal can be considered in the summer.

He is unlikely to break into the Everton side anytime soon. The likes of Keane, Zouma, Mina and Holgate are all ahead of him in the pecking order.