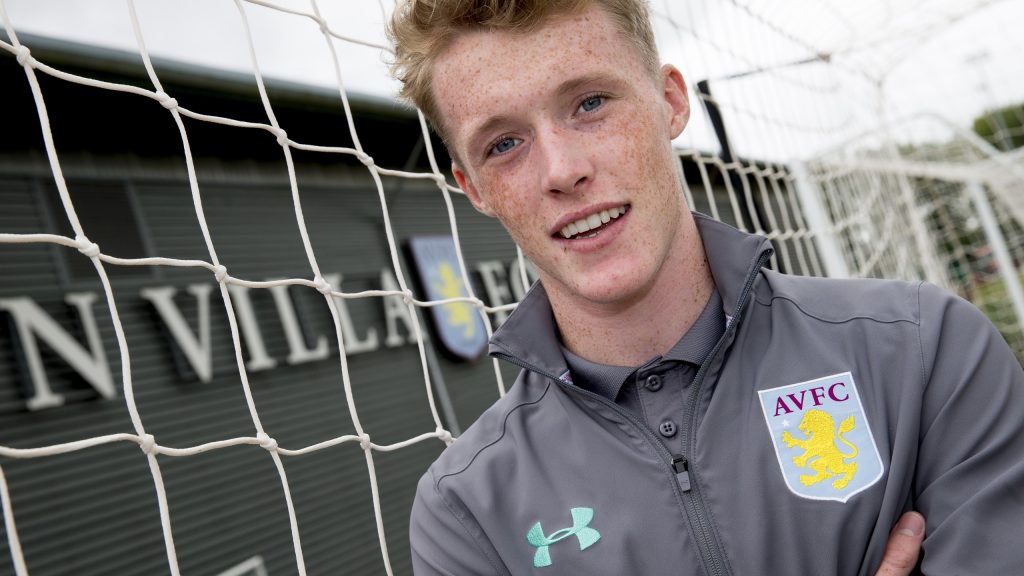 Aston Villa have agreed on a new contract with the highly talented midfielder Jake Doyle-Hayes.

The 18-year-old has signed three year deal with the Championship outfit and he will be looking to continue his development as a footballer at Villa Park for the foreseeable future.

The deal has been confirmed on Aston Villa’s official website.

Jake Doyle-Hayes has been a key player for the Aston Villa academy over the years and he will be hoping to make the step up to the first team in near future. The young midfielder has also captained the academy sides over the years.

Speaking to the club’s media after signing his new contract, Jake Doyle-Hayes said:

“I’m really pleased to have signed a new contract with Aston Villa. It was great to be involved with the first team during pre-season and it was a special feeling to make my debut at a place like Villa Park against Wigan. I’ve got to get my head down, keep learning and working hard on developing my game. I want to try and play as many games as I can.”

Director of Football Steve Round revealed that the youth star is very highly rated at the club. He said:

“We are delighted to have secured the services of Jake, who we consider a really exciting young player as he has demonstrated in his appearances in the first-team. We pride ourselves in providing a gateway to first-team football through our Academy and I’m looking forward to watching his progress here at Bodymoor Heath in the coming years.”