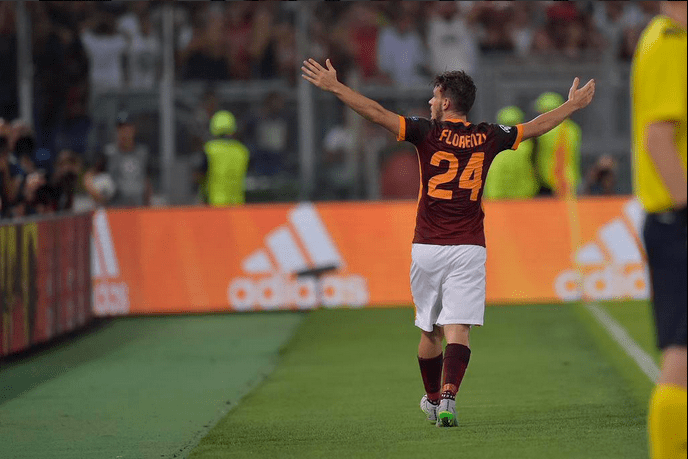 Reigning champions Barcelona are off in the 2015/16 Champions League campaign with a draw at the home of Serie A outfit AS Roma. First half goals from Luis Suarez and Alessandro Florenzi cancelled each other out in what was a fairly entertaining encounter at the Stadio Olimpico.

Suarez netted from point blank range after a deflected cross from Ivan Rakitic in the 21st minute, while Florenzi’s effort was of the audacious kind as he fired in a looping effort from the halfway line of the pitch to catch Barcelona goalkeeper Marc-Andre Ter Stegen out of position and off guard.

As expected, Barca dominated possession 70%-30% but failed to unlock the disciplined Roma ranks whereas the Italians did most of their work off the ball, making 20 tackles throughout the game to keep the likes of Lionel Messi at bay.

Here is a look at both the goals from the game:

A look at how Twitter reacted to the draw:

Okay.. 1-1 in Rome only because of (probably) goal of the year by Florenzi is not bad #fcblive — totalBarça (@totalBarca) September 16, 2015