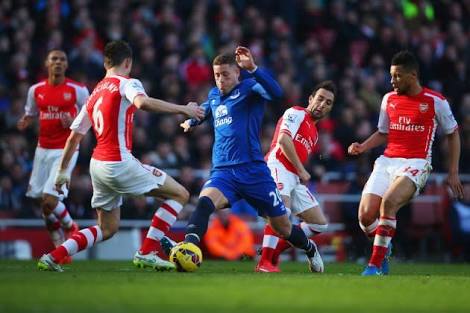 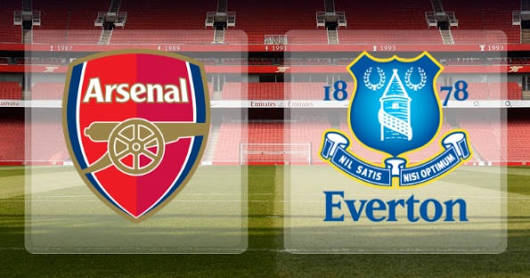 It’s a great time to be an Arsenal fan at the moment. The Gunners are in scintillating form, and come into their Premier League clash against Everton on Saturday fresh from one of the most memorable nights in their history. On Tuesday, they took the field against the Bayern Munich and put in a incredible show of resilience, soaking up all the pressure by the Germans before going at the other end and scoring twice in the last 15 minutes.

They are, on current form, title contenders for sure. They are currently in 2nd place in the table behind Manchester City, who face United at Old Trafford on Sunday. If the Red Devils can pick up a victory over their fierce rivals, Arsene Wenger’s men will find themselves at the summit if they have managed to beat Everton a day earlier.

The Toffees have only won 3 out of their 9 games thus far but still find themselves in 9th place. They have only lost twice, but the second of those came in the form of a 3-0 mauling at the hands of Man United last week at Goodison Park. Roberto Martinez’s have faced all of City, Chelsea, Liverpool, Spurs and United in their opening 9 fixtures though, and can be happy with their tally so far. After their game against Arsenal this week, they will have a run of relatively winnable games.

Arsenal will be without midfielder Aaron Ramsey, who picked up a hamstring injury against Bayern and is set to be sidelined for close to a month. He joins Jack Wilshere, Danny Welbeck, Tomas Rosicky and David Ospina on the medical table.

The rest of the team should be easy to predict, even though Olivier Giroud may have put himself in contention for a starting place ahead of Theo Walcott after making an immediate impact in midweek. The Frenchman also has a good record against Everton, having scored 4 times in 9 games against The Toffees.

Midfielder Tom Cleverley is close to return from injury after playing for the U-21 side in midweek. Steven Pienaar and Leighton Baines are also on the verge of making their returns to first-team action, but it is unlikely that either of them feature on Saturday. 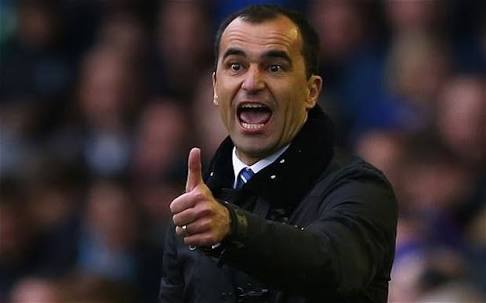 – The man to watch out for in this one will undoubtedly be Arsenal’s Alexis Sanchez, who has scored 6 goals in his last 3 league outings. The Chilean has dove-tailed fantastically well with Mesut Ozil and Walcott, making Arsenal a pleasure to watch of late.

– Everton have beaten Arsenal only once in the last 16 league meetings between the sides. That victory came back in 2007, when a stoppage-time winner from Andy Johnson saw David Moyes’ men win 1-0.

– Petr Cech is just 2 clean sheets away from tying David James in the all-time list. The former Chelsea man is currently on 167 shut-outs and will be looking to go one step closer on Saturday.