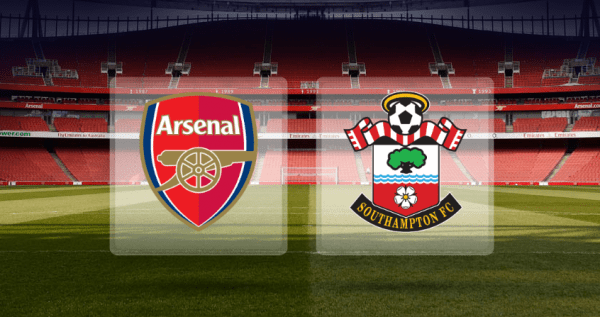 “Somebody will win it. You have to have strong performances to win the title,” said Arsene Wenger during his pre-match press conference on Monday when asked to comment on the Premier League title race.

The Gunners are just three points behind leaders Leicester City but they could finish top of the table after round 24 Premier League games, if other results go their way.

Arsenal however are lacking in consistency, having won only once in their last four games. On Tuesday night, Wenger’s side are up against Southampton, who thrashed the Gunners 4-0 in the reverse fixture in December.

The Boxing Day victory against the Gunners came almost out of the blue. It came midway in an otherwise disastrous run of ten games, where the Saints collected just one other point during that period.

The results were so bad that it forced Ronald Koeman to entirely reshape his side. He switched to a three-man defence and since then the Saints have won three games in a row, including a confidence-boosting 1-0 win over Manchester United at Old Trafford in their last game.

This fixture therefore promises to be a cracker. Arsenal will be looking to put pressure on other title contenders with a win at home, while Southampton will be eyeing fourth straight win for the first time this season.

Wenger confirmed in his pre-match press conference that Jack Wilshere was recovering smoothly from his ankle injury, but the England midfielder is still four weeks away from returning to training.

Tomas Rosicky suffered an injury on his return to first-team action at the weekend and the Croatian has been ruled out for this tie.

Francis Coquelin is in contention to make his first Premier League appearance since November after emerging out unscathed through the FA Cup win over Burnley.

Danny Welbeck has returned to training but the England striker is still short of match fitness. Alexis Sanchez, however, has returned to full fitness, and the Chilean should make his first start in a league game since November on Tuesday.

Southampton are missing several key players for the trip to Arsenal. Steven Davis, Florin Gardos and Jay Rodriguez are all ruled out, whereas Maarten Stekelenburg and Graziano Pelle remain major doubts.

Charlie Austin came off the bench to score the winner against Manchester United on Saturday, and he is in line to make his first league start for Southampton on Tuesday night.