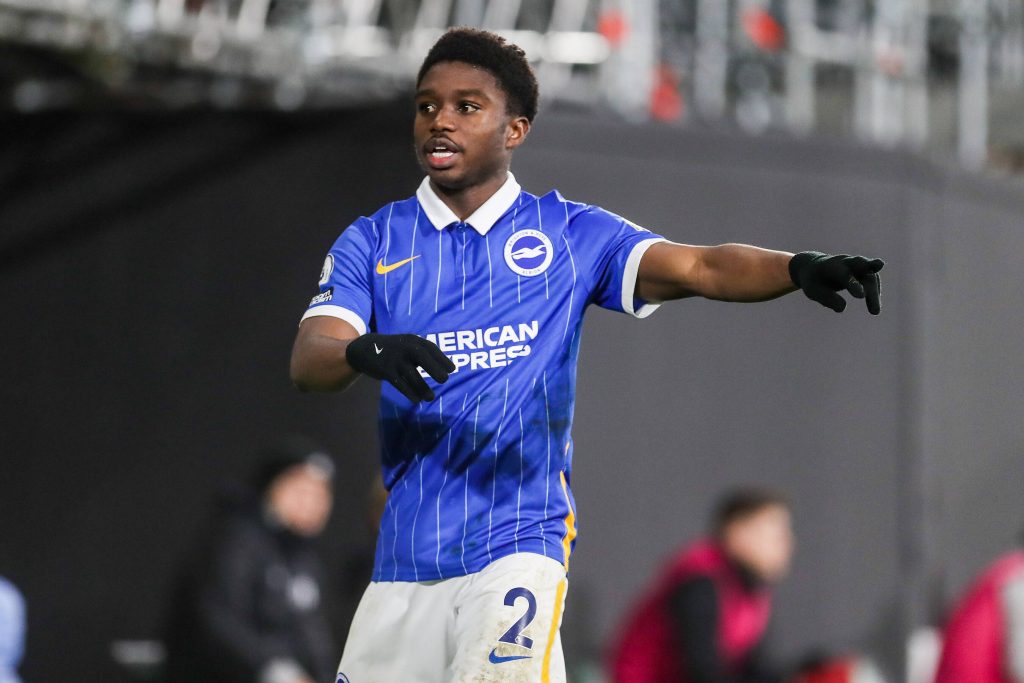 Arsenal are believed to have jumped ahead of Everton in the race to sign Brighton and Hove Albion defender Tariq Lamptey.

The Englishman attracted interest from Bayern Munich in the summer, but no deal was concluded.

Several English clubs are interested in the 20-year-old, but The Sun has claimed that Arsenal may have a slight advantage over their rivals.

Current right-back Hector Bellerin now looks set to leave the club after being persuaded by manager Mikel Arteta to stay for a further year last summer.

The Gunners will not block Bellerin’s departure if they receive a decent offer, and Lamptey appears to be in line to replace the 25-year-old.

The report also suggested that Chelsea would be due compensation as a sell-on fee for the right-back, making the deal slightly more complicated.

Brighton are likely to increase the fee for the England youth international to avoid allowing him to leave on a cut-price deal.

The defender penned a new deal until 2025 during January, which puts the Seagulls in a strong position when negotiating with interested clubs.

Exclusive: Brighton + Eng U21 suffer major blow as Tariq Lamptey has surgery on hamstring injury — season over. Op in London on Sat to fix tendon tear went well & 20yo should start training before campaign ends but not in time to play @TheAthleticUK #BHAFC https://t.co/SLtkc8IFSk

However, Arsenal’s stance on the former Chelsea man may change after he was ruled out for the rest of the season due to a hamstring injury.

Since making the switch to the Amex Stadium in January 2020, Lamptey has been a regular name on the team sheet.

He has five goal contributions in 19 appearances for Graham Potter’s team.

Read: Twitter reacts to the eventful draw between Burnley and Arsenal.