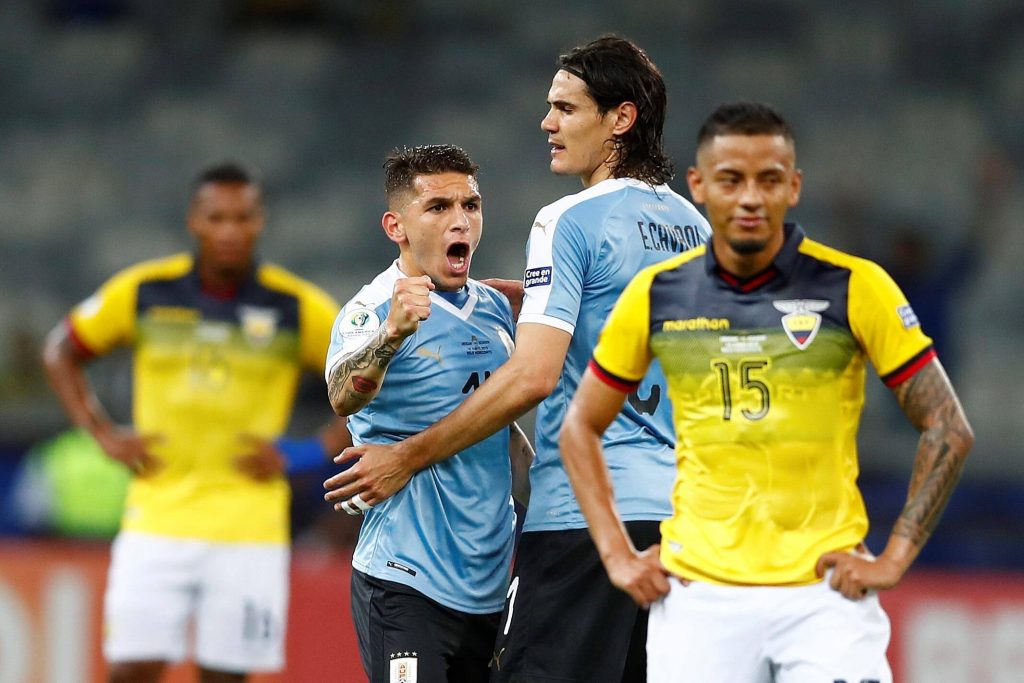 Arsenal midfielder Lucas Torreira has talked about the prospect of playing alongside Manchester United striker Edinson Cavani at Boca Juniors next season.

The Uruguay international returned to his home country last week to grieve his mother’s death, who succumbed to coronavirus.

In a recent interview with ESPN Argentina, Torreira said that he does not see himself playing in Europe next season and would like to be closer to his dear ones.

He added that he has always dreamt of playing for Boca Juniors and was hopeful that the Gunners would agree on a loan deal this summer.

In the same interview, he was asked about the future of compatriot Cavani, whose contract with the Red Devils expires at the end of the season.

There is an option to extend his deal for another 12 months, but the signs are that the striker wants to return to South America later this year.

Torreira said that he has been in regular contact with his compatriot and said that he is hopeful that the 34-year-old will link up with him at Boca next season.

He said: “I talk a lot with Edi – he’s a great guy. He has communicated a lot with me, and we talk about everything a little – although we do not talk about football. I hope I can come and share a team with him.

“He and I are similar in the sense that we want to be close to family. We have a nice relationship – I appreciate him.”

“I do not know what his situation is with Manchester United, he has expressed his desire to be close to his family, but I do not know much more.

“Hopefully, there will be the possibility of sharing a team and even more being in Boca, which would be something very nice.”

Cavani has been a decent signing for United on a free transfer, registering seven goals and two assists from 26 appearances.

However, he has had a knack of picking up niggles since his last season at Paris Saint-Germain, which is a cause for concern.

As a result, United are contemplating whether to extend his stay while the player himself is said to be eyeing a return to South America.

There is still plenty of the season left, and it remains to be seen whether the club or the player change their stance on their positions.

Read: This Premier League defender is open to the idea of joining Manchester United.