Arsenal will face Liverpool in the fifth round of the FA Cup tie at the Emirates on Sunday. The Gunners manager, Arsene Wenger, in the pre-match build-up, gave an update on team news, thoughts on title race and latest contract situation of right-back Bacary Sagna.

In the press-conference, Wenger revealed that attacking midfielder Santi Cazorla will miss out through illness, but the midfielder is expected to be back ahead of Champions League clash with Bayern Munich. 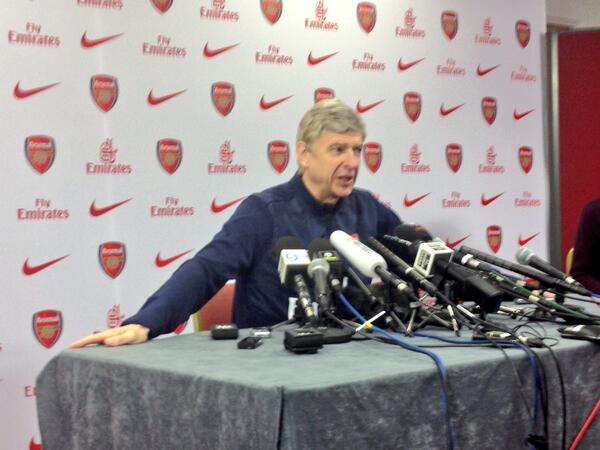 Wenger also confirmed that midfielder Mathieu Flamini will return for the FA Cup tie this weekend, after serving his suspension.

“We have no Aaron Ramsey and Santi Cazorla so Flamini is very welcome back,” said the Frenchman.

Arsenal suffered a humiliating 5-1 defeat at the hands of Liverpool in their last meeting and Wenger insisted that the players were deeply hurt by the Anfield loss, and wants to use the opportunity on Sunday to put things back on track again.

He added: “I will play a team with a good chance to qualify. Will I rest one or two players? I don’t know yet”

Wenger also commented on the on-going contract saga of Bacary Sagna. The Frenchman has few months left on his contract, while Wenger insists that he is not close to signing a new deal, but talks are on-going at the moment.

Further, Wenger spoke about the title-race and says the Gunners are very much in it, adding Chelsea were the side with everything to lose in the Premier League.