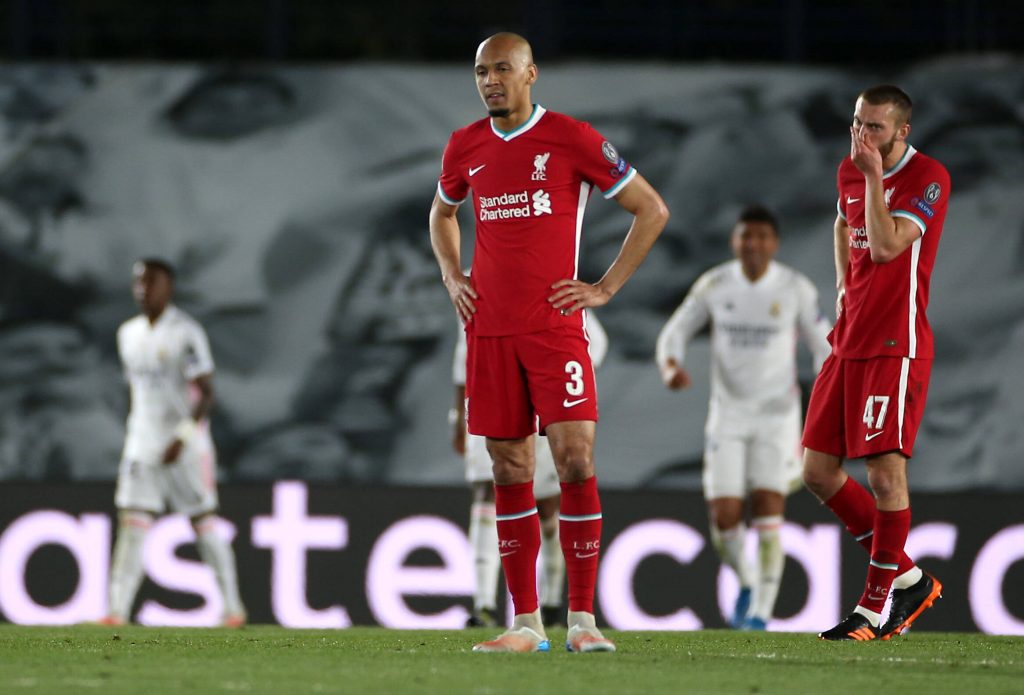 Liverpool convincingly beat Arsenal on Saturday evening, but the tables were turned when they visited Real Madrid on Tuesday.

The Reds looked to have found their footing against Arsenal, with Jurgen Klopp’s side essentially giving the Gunners a footballing lesson.

Jota then added a second, with Liverpool racking up seven shots on target by the end of the match.

The result was so convincing that not one Liverpool defender was dribbled past in the entire 90 minutes.

Fast forward to Tuesday evening, and Liverpool were looking to build upon that performance against Madrid, but that was far from the case.

Zinedine Zidane’s side dominated the game, scoring three goals past an uncomfortable-looking defence and managing seven shots on target.

Considering that the defence was not dribbled past once during the game against Arsenal, it shows how bad the Gunners were on Saturday.

Arsenal fans have been discussing the Liverpool defence on social media, and some have an amusing theory.

Arsenal let Liverpool beat them as an April fools prank to make Liverpool think they were a good team. Brilliant

Liverpool beat a dead Arsenal and thought they were the best in the world.Hell,they even had Jota talking to the media about resurgence and stuff😂😂

Other Arsenal fans were frustrated that their side were unable to test such an unstable defence.

I dont understand why Arsenal couldn't even test this Liverpool side

Arsenal showed Liverpool too much respect, it feels irritating

Same Liverpool That Thrashed Arsenal,Madrid Thrashed Last Night.@m8arteta Is Just Not The Man.

Oh please arsenal should be embarrassed they couldn’t even score a goal against this Liverpool side .

SL View – Did the Arsenal win lead Liverpool into a false sense of security?

It would be harsh to suggest Liverpool were overly confident going into the Madrid clash.

Jurgen Klopp would have warned his side about complacency, with Madrid a largely different test to Mikel Arteta’s Arsenal.

Ultimately, it was down to the tactics deployed by Zidane.

Liverpool’s high defensive line played right into Madrid’s hands, with Toni Kroos’ assist for Vinícius Júnior in the first half the greatest example.

Kroos admitted after the game that Madrid planned to attack Liverpool’s defence enough that the full-backs would be unable to push forward.

While Liverpool could not have accounted for Trent Alexander-Arnold’s mistake for Marco Asensio’s goal, Madrid had their number and took advantage of that.