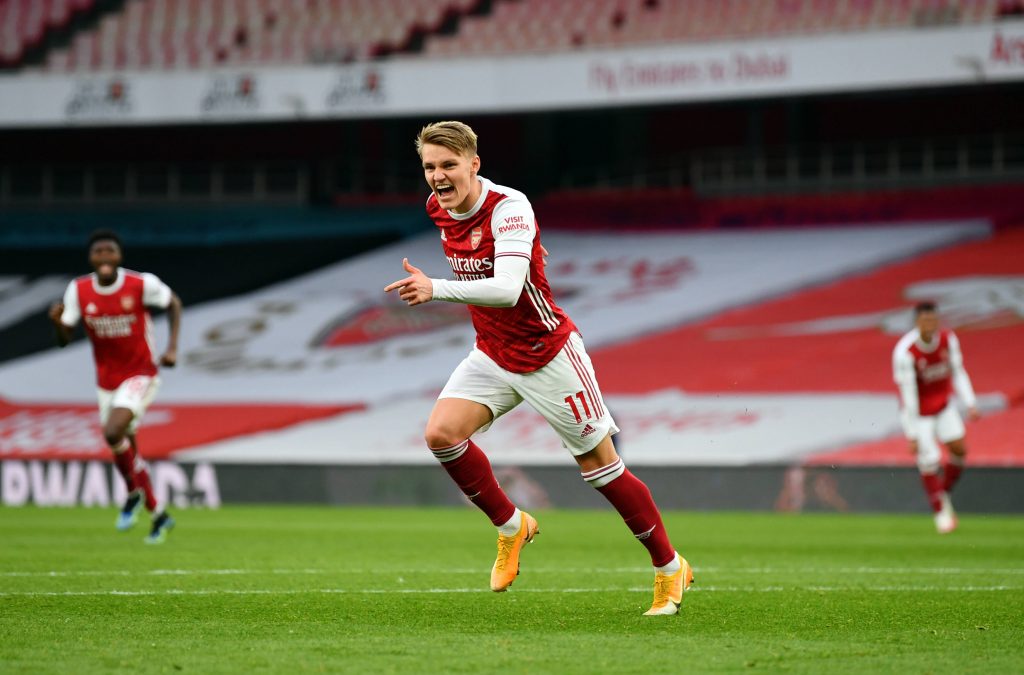 A selection of Arsenal fans on Twitter have expressed their delight after learning that Martin Odegaard was voted the club’s Player of the Month for March.

The Norwegian joined the Gunners on a short-term loan from Real Madrid in January, and he stepped up with his performances before the international break.

Odegaard scored his maiden goal for the club with a stunning long-range strike against Olympiacos, and he followed up with a goal in the north London derby triumph.

Before the internationals, he produced his best performance of his Gunners career as he proved the catalyst for the club’s 3-3 draw at West Ham United from three goals down.

Odegaard played in the build-up of all three goals at the London Stadium with his clever distribution. He has now become a firm favourite among the club’s faithful.

Hence, there were no surprises that he was voted by the supporters at the Player of the Month for March, and here are a few reactions on Twitter.

A loan player winning the player of the month within 2 months of his arrival at the club shows his quality. Well done Martin.

Buy him. I’ll PayPal you a tenner to get started.

He never got this at Real Madrid. He needs to stay here where he's appreciated and his talent is fully recognised 👍

Odegaard, 22, has improved the Gunners’ creativity in the final third and earned plenty of praise from fans, pundits and the manager.

The club are reportedly aiming to re-sign him beyond the end of the season and are likely to discuss his situation with Los Blancos during the summer.

They have built a good working relationship with Los Blancos, having re-signed Dani Ceballos for a second successive season on loan last year.

Mikel Arteta’s side will be hoping to land a similar agreement for Odegaard, who has talked about the need for ‘stability and development‘ in his career.