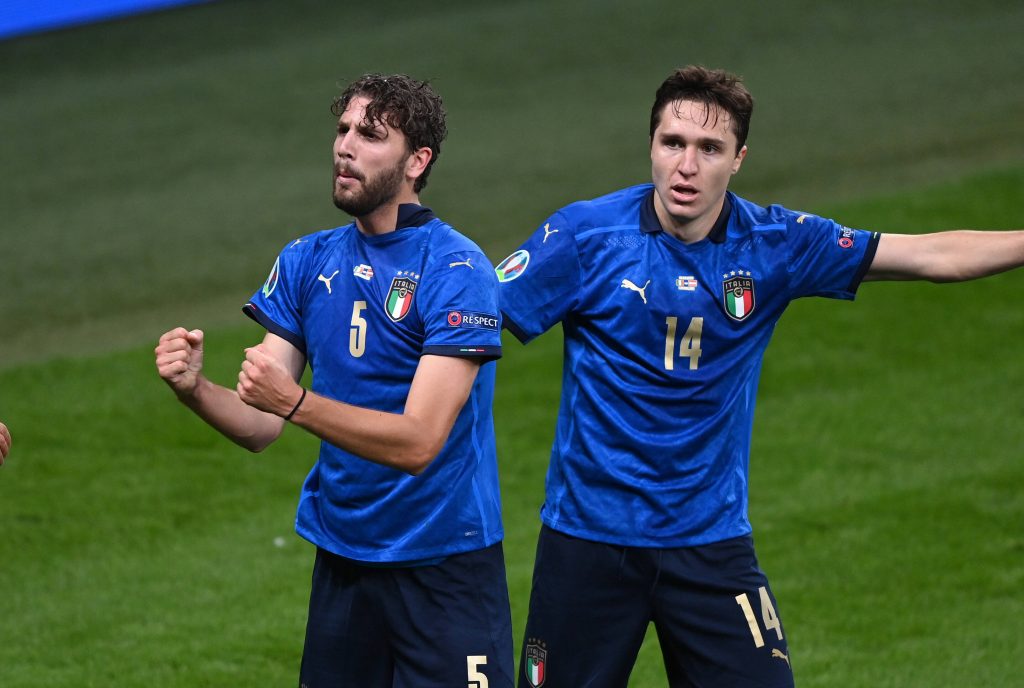 A section of Arsenal fans have reacted on Twitter after the club lodged an official bid to sign Sassuolo midfielder Manuel Locatelli this summer.

The 23-year-old is regarded as one of the best midfielders in Serie A. He has excelled for Italy at the ongoing European Championships with two goals in three games.

Juventus have been deemed the front-runners to sign the central midfielder over the past few weeks owing to their good association with Sassuolo.

However, the club’s CEO Giovanni Carnevali has revealed that the Gunners have made an important bid, and they are pushing hard to sign Locatelli.

This has got some of the Gunners’ faithful excited, and here are some reactions on Twitter.

This is probably the dream upgrade to do. pic.twitter.com/rTq7pawWX6

Manuel Locatelli is one of my favourite players. I watched a number of Sassuolo games last season just to see him play. The best Xhaka replacement currently out there. I'll be absolutely buzzing if we manage to pull this one off. Please Arsenal, pleaseee.

I don't know whether we will sign Locatelli or not, but it's comforting to know that we are trying to sign a top drawer midfielder partner for Thomas Partey. https://t.co/ncSq1a0FCE

One phone call from him and Locatelli will change his mind pic.twitter.com/ta3Bc6rGo2

Locatelli will obviously end up at Juventus but he would be so good alongside Partey.

The Bianconeri are an attractive option for Locatelli with the opportunity to stay in Serie A. He has the chance to win regular trophies while playing in the Champions League.

However, the Turin giants won’t have an easy route to the player, with Carnevali acknowledging that there is plenty of competition for him.

Juve are looking into a part-exchange deal for Locatelli. By contrast, the Gunners have proposed a straight-cash move for the AC Milan graduate.

They would still need to convince the €35 million-rated star if they strike a deal. The club won’t be playing European football next season for the first time in 26 years.

The prospect of Locatelli lining up alongside Thomas Partey would be exciting to watch. He would be an upgrade on Granit Xhaka and could boost their top-four prospects.

Xhaka appears very likely to leave the north London club after five seasons. He has been linked with Roma, Juventus and Paris Saint-Germain.