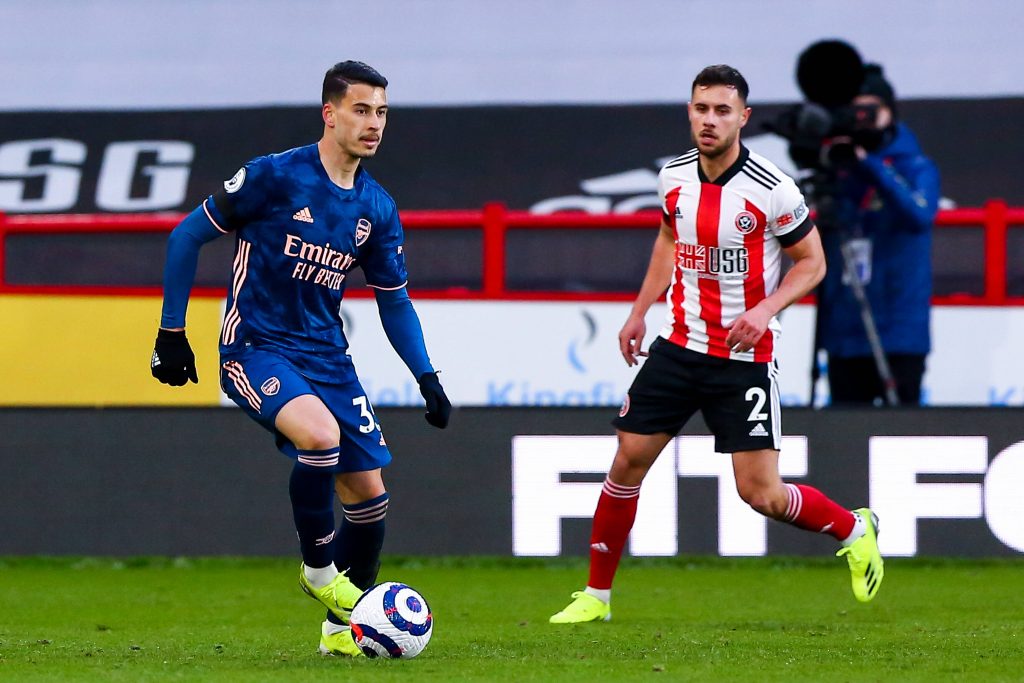 A selection of Arsenal fans on Twitter expressed their delight over the performance of Gabriel Martinelli against Sheffield United on Sunday.

The 19-year-old has had a tough 15 months due to injuries and competition for places and was handed only his fourth league start of the campaign yesterday.

The teenager produced a lively performance with a tireless work rate and showed good intent on goal with four shots.

He suffered an injury scare in the second half as he twisted his ankle, but he scored the second goal of the game just moments later.

It was a simple tap-in at the far post after an Aaron Ramsdale save off Nicolas Pepe, but he timed his run perfectly to find the back of the net.

Here are some reactions from a few fans on Twitter.

I’m so pleased for Martinelli. He really deserves that after a tough year.

Martinelli plays every second of every game full throttle, no holding back, and the approach just makes things happen.

We're a team that often looks content with very little happening. Play him and he immediately fixes one of our biggest problems no matter how well he performs.

I think we can all agree Gabriel Martinelli done enough to show why he should be starting the most important game of our season so far on Thursday night.

He deserves to start. #afc pic.twitter.com/L0sZktvz4l

No surprise that we bring in Martinelli, we get running, passion and creativity!

Needed that performance ahead of Thursday! Would love to see him back in the team again! #COYG pic.twitter.com/1FD7i4kAGP

So smart from Martinelli to stay onside. Deserved his goal for #AFC today.

The Gunners ended a run of four winless games with a 3-0 win at Bramall Lane, which should give them confidence ahead of the trip to Slavia Prague.

The north London side were held to a 1-1 draw in the first leg of their Europa League quarter-final tie last week after a 93rd-minute equaliser for Slavia.

They must score in the return leg in Prague on Thursday to have any chance of progressing to the last four of the European competition.

Bukayo Saka suffered a setback yesterday with a hamstring problem while Emile Smith Rowe and Martin Odegaard were missing with injuries of their own.

Pierre-Emerick Aubameyang also missed the Blades clash through illness, and Martinelli appears in line for another start after bagging his first league goal of the season.

They were plenty of other positives from the Blades win. Alexandre Lacazette made amends for the poor display against Slavia last week with a brace.

He looked confident in front of goal and needs to replicate the same against the Czech champions. Lacazette bagged his 50th Premier League goal for the club yesterday.