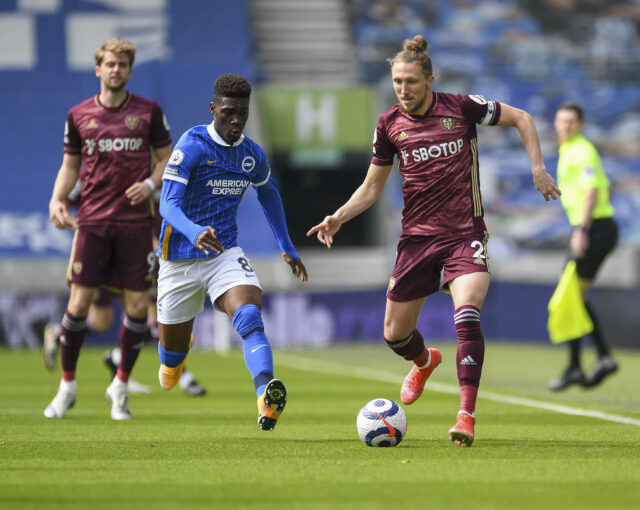 According to an exclusive report from the Daily Star, the Gunners believe they will seal a deal for the Mali midfielder.

The 24-year-old has two years left on his Seagulls contract but is almost certain to leave the club this summer.

A host of Premier League clubs are showing keen interest in signing the midfielder.

The report claims that Everton, West Ham United and Tottenham Hotspur have all made enquiries, while Liverpool are reportedly keen to secure his services.

Mikel Arteta is a huge admirer of the player, and the Gunners boss thinks he could become an ideal midfield partner for Thomas Partey.

The Telegraph claimed last week that Brighton are ‘braced’ for Bissouma’s departure after three years at the Amex Stadium.

Arsenal are willing to pay up to £30m to secure his signature, and that could be enough to tempt Brighton into selling.

Tottenham may look to bolster their midfield in the summer, especially if the likes of Moussa Sissoko and Harry Winks depart.

Everton boss Carlo Ancelotti claimed earlier that the Toffees could sign a new midfielder this summer, and Bissouma would be a superb addition for them.

In other news, Leicester and Everton are preparing a bid for Ivan Toney.