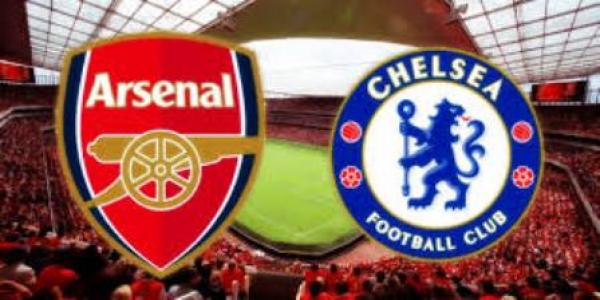 Arsenal host Chelsea in a cracking Premier League encounter at the Emirates on Sunday, and the Gunners will be looking to cement their position at the top with a home win.

The Gunners have a terrible record against the Blues, having won only four of their past 23 meetings, since they won the Premier League title in 2004.

The Gunners are in good stead to end their terrible run of form against Chelsea, who are reeling at 14th in the Premier League and 19 points adrift of leaders Arsenal.

The Blues, however, are unbeaten in their last six matches under Guus Hiddink. And it was he who was responsiblble for Arsenal’s biggest ever league defeat (4-1 defeat to Chelsea) at the Emirates in 2009.

Arsenal expect to have both Alexis Sanchez and Mesut Ozil fit for the London derby.

The Chilean winger has been absent for the Gunners since injuring his hamstring in a 1-1 draw at Norwich in November.

Ozil sat out last weekend’s draw at Stoke City due to a foot injury, and the German forward is expected to return to the starting lineup against Chelsea.

Francis Coquelin is back in training following a knee problem, but he is still likely to be a week or so away from a return.

Mohamed Elneny, the new January signing from FC Basel, is still awaiting his Arsenal debut and may not feature on Sunday.

Chelsea are sweating on the fitness of Diego Costa, who suffered a bruise shine against Everton last Saturday.

The Spain international is in contention to start, but Colombian striker Radamel Falcao is still out with a thigh injury.

Eden Hazard is back in full training and the Belgian should return to the side at the expense of Pedro.

5 – Costa has scored five goals in five Chelsea appearances in all competitions under Hiddink, after netting four in 21 appearances in 2015-16 under Jose Mourinho.

6 – Arsenal will equal their longest run with a goal against any opponent in the Premier League (six matches vs Liverpool from 1997-2000), if they fail to score against Chelsea