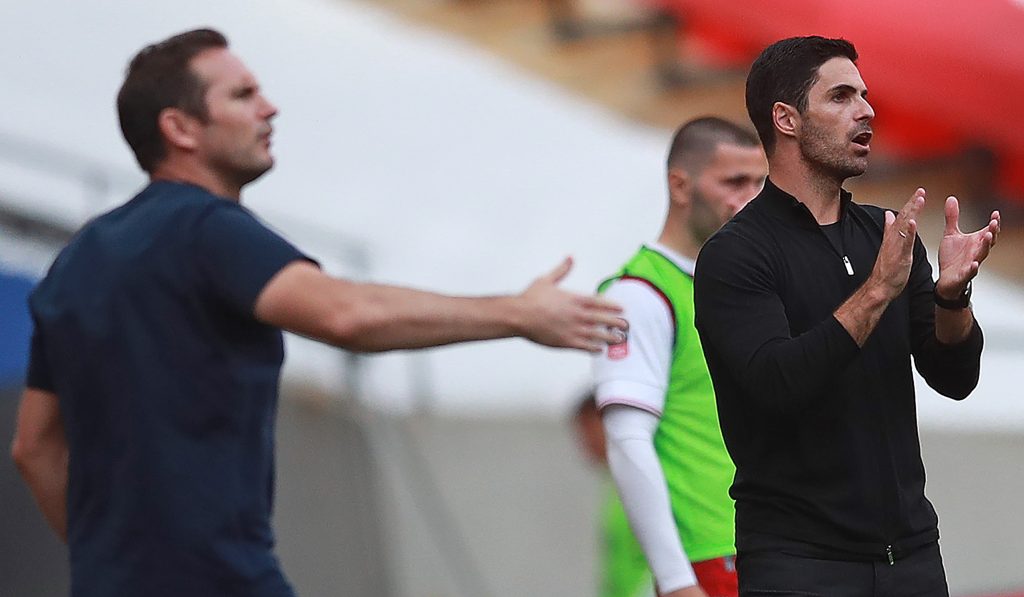 Frank Lampard’s future at Chelsea has been a big topic for debate over the last few days following the club’s recent run of poor form.

The Blues’ 2-0 defeat at Leicester City on Tuesday left them eighth in the Premier League, eleven points behind table-topping Manchester United.

Lampard’s managerial ability has come under increasing scrutiny, with many pundits questioning whether he has the attributes needed to lead a club like Chelsea.

Arsenal manager Mikel Arteta has now waded into the debate, urging Chelsea to give Lampard time to turn things around.

“I have known Frank for a few years, and I spent some time with him, and I would like the club to support him and give him a chance,” he told Reuters.

“He has huge experience as a player – he is an icon over there. He has done some really good things. You need time, and something we have not had in this calendar year is time to work on anything.

As a relative newcomer to the managerial ranks himself, Arteta is well-placed to understand the pressure Lampard is under right now.

His ability as a manager was being questioned earlier in the season, with Arsenal struggling to produce their best form consistently.

However, Arteta has steadied the ship and once again appears to have last season’s FA Cup winners heading in the right direction.

While his support for Lampard is admirable, the differences between the two managers are clear to see.

Arteta appears to have a coherent plan for Arsenal, both in terms of style of play and his vision for the club as a whole.

By contrast, Lampard’s approach smacks of a man throwing excrement at a wall and hoping that some of it will stick.

The former Chelsea midfielder currently looks out of his depth as a manager and will need to improve quickly if he is to turn things around at Stamford Bridge.