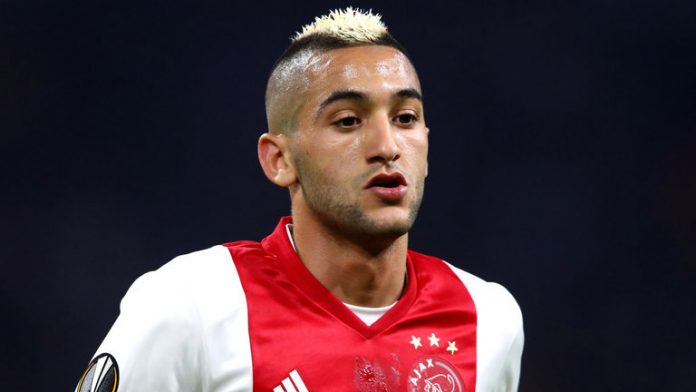 According to Italian journalist, Matteo Pedrosi, the 26-year-old has rejected an offer from Sevilla and the Gunners could be set to make a move.

Ziyech was voted Ajax’s player of the year last season – scoring 21 goals and weighing in with 24 assists in all competitions.

He helped Ajax win the league and cup double in the Netherlands and played a major role as the club reached the last four in the Champions League.

The playmaker is currently with Morocco at the African Cup of Nations and has been one of his country’s standout performers.

Ajax sporting director Marc Overmars confirmed in May that they would not stand in Ziyech’s way if a suitable offer is made.

“He is in focus because of his achievements in the Champions League,” Overmars told the De Telegraaf newspaper.

“Many big clubs are buzzing around him. We promised Hakim that we would agree if there is a good transfer.”

A fee in the region of £25 million would be enough to secure Ziyech’s services, although that would take a big chunk out of Arsenal boss Unai Emery’s £45m transfer kitty.