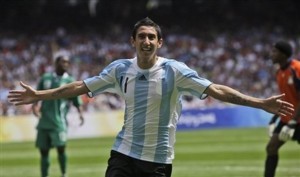 Argentina need three points to have a chance of going top of their group heading into their final match with Jamaica having drawn their opener with Paraguay.

There have been some underpar performances from the favourites in their opening game in Chile, with Uruguay themselves only 1-0 winners over Jamaica.

Tata Martino started all his stars even after the UEFA Champions League final in Europe taking place little more than a week before their opening game, seeing his team blowing a 2-0 lead to concede a last-minute equaliser.

Facundo Roncaglia started the opener at right-back, there has been no news over an injury to Pablo Zabaleta who should be available again on Wednesday.

There is no injury news for Uruguay either, who have Luis Suárez suspended for the tournament. 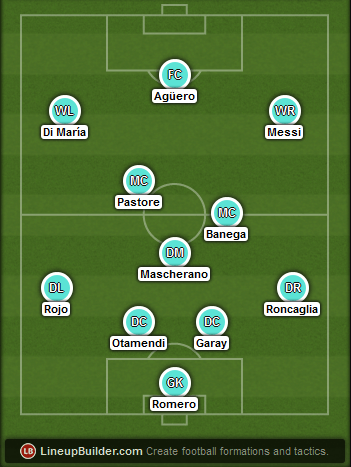 Tata Martino has plenty of talent to call upon – Carlos Tevez, Gonzalo Higuaín and Lucas Biglia were all left out of the starting lineup in their opening game. We think the coach will stick with the same starting XI to get them into form and ensure they get the much-needed result on Wednesday before being able to ring the changes versus Jamaica. 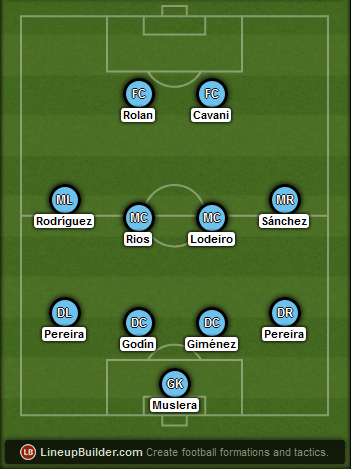 Uruguay are in a similar position in terms of keeping the same starting lineup from their opener but a defeat doesn’t put them on the brink of elimination as they could still qualify with victory over Paraguay in their final game.

Lionel Messi vs Álvaro Pereira
Even with all the experience Álvaro Pereira has he’s going to be in the for toughest matchup of any of the Uruguayans in this match as he comes up against Lionel Messi. The Argentina forward has the shortest betting odds of any to be the top scorer in this tournament and scored from the penalty spot in his opener. Pereira is very attack-minded and has played left wing for both FC Porto and Internazionale in the past – needs to be 100% defensively focused in this game.

Sergio Agüero vs Uruguay defence
This will be a matchup versus a former Atlético Madrid striker versus two current Atléti centre-backs as Diego Godín and José Giménez are the starting duo for Óscar Tabárez’s national team. They are a good duo too but you can expect the talent of Sergio Agüero , Messi and co to create several chances still. Uruguay need support from their midfield and discipline from the back four if they’re to keep a clean sheet in this one.

Cristian Rodríguez vs Facundo Roncaglia
Argentina looked a little weak down that right in their opener and Lionel Messi doesn’t get too deep to support their right-back. This could be a good opportunity for Uruguay to create chances for their two strikers. Cristian Rodríguez is a solid option down that wing to find Edinson Cavani and Diego Rolán, whilst Nicolás Lodeiro is also in the middle of the park who can help create chances.