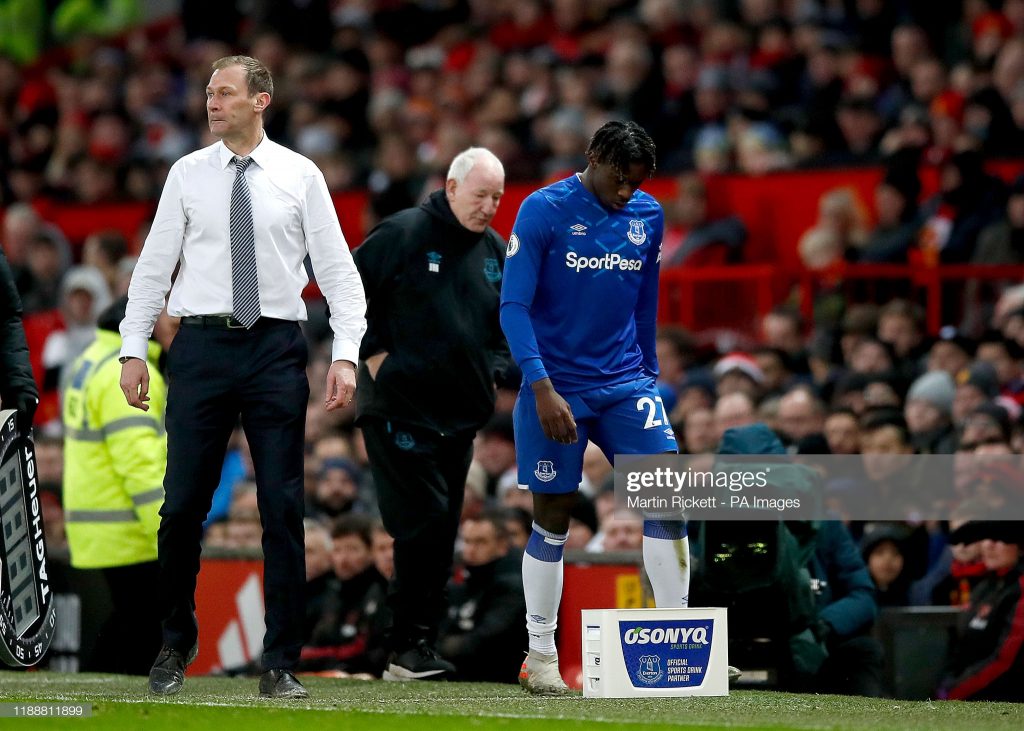 It took Manchester United a Mason Greenwood’s 77th-minute equalizer to prevent Everton from leaving Old Trafford with all three points on Sunday.

The Toffees had taken the lead through a Victor Lindelof’s own goal nine minutes to the end of the first-half, and were resolute at the back until the youngster’s goal.

While the teenager was proving to be a huge influence for the Red Devils, another one was at the receiving end of a harsh substitution.

Moise Kean lasted just 19 minutes on the pitch after coming on for Bernard in the 70th minute.

Everton interim manager Duncan Ferguson withdrew the Italian for Oumar Niasse a minute to the end of regulation time, and the youngster headed for the dressing room afterwards.

Alan Shearer thinks it was more of a message from Big Dunc to the squad as Kean probably failed to follow his instructions.

“Duncan’s decision to send on Moise Kean as a substitute and then take him off 19 minutes later was an interesting one. I heard him say afterwards it was to waste a bit of time, but if that was the case he would have taken someone off who had battled away for 89 minutes and could do with a rest,” the Premier League legend told The Sun.

“I think Duncan asked him to go on and do a specific job and he didn’t do it. It’s very embarrassing for Kean as I don’t think the reason Duncan gave was the real reason.

“I think he wanted to send a message to all his players that if you don’t do as you are asked this is what will happen.”

“He’s 19 years of age. When he had possession he wasn’t great but there is one minute to go.

”I don’t know what Duncan’s thought was. Why? You could have given him a rollocking from the touchline and told him to get moving a little bit more but I don’t know why he’s done that. He’s probably lost the kid now.”

The 19-year-old wasn’t particularly influential during his cameo at the Theatre of Dreams, failing to win any of his two aerial duels, making no successful tackles, completing two out of four passes and touching the ball just nine times.