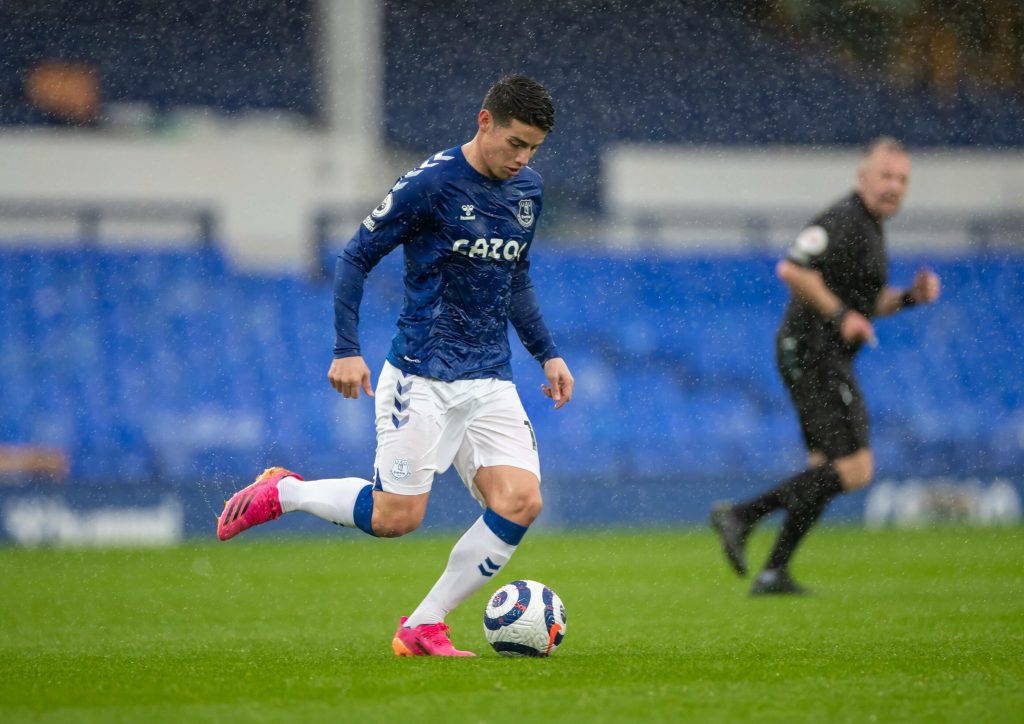 In an interview with Il Giornale, the ex-Toffees manager hailed the Colombian’s technical qualities amid talks about the playmaker’s move to the European mainland.

“A pure talent, a great footballer – he had some physical problems, and his contribution to the cause was therefore reduced,” the Italian tactician said.

Rodriguez left the Santiago Bernabeu to team up with Everton last summer but blew hot and cold in his maiden Premier League campaign.

The main reason behind the 29-year-old’s decision to move to Goodison Park was Ancelotti, who remains James’ favourite manager from their time in Madrid and Munich.

Although the Italian got the most out of the attacking midfielder during his tenure with Madrid and Bayern Munich, things have not worked out well for Rodriguez at Everton.

The left-footed playmaker struggled to live up to expectations in the Premier League, bagging just five goals and six assists in 23 league matches in 2020/21.

He could be on the move in the coming months, with AC Milan emerging as a potential landing spot for the ex-Envigado youth academy graduate.

The player’s agent Jorge Mendes has reportedly pitched the Rossoneri with the idea of hiring his client, particularly in light of Hakan Calhanoglu’s departure for arch-rivals Inter Milan.

With the Turkish star out of the picture, Paolo Maldini must dive into the market pool to find a suitable replacement for one of Stefano Pioli’s standout players from 2020/21.

Rodriguez has one year left to run on his contract at Everton, which means the Serie A giants could secure his signature without making a heavy investment.