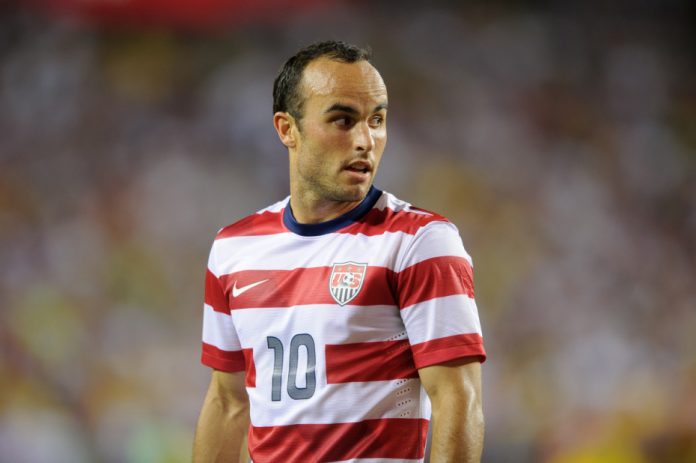 The summer before 11th grade, I had to read a book for school titled 10 Days that Unexpectedly Changed America. To my disappointment, the book left out what was arguably the most unexpected, most impactful moment in American history: June 23, 2010. For those of you that don’t remember, this happened.

Landon Donovan instantly became an American hero. He received the ball before the halfway point and made a lightening run down the middle of the park. He dished the ball outside, continued his run and was able to pick up a rebound for an easy finish. His goal sparked pandemonium across the United States of America, as in the 91st minute, he single-handedly saved the USMNT from a Group Stage exit at the 2010 World Cup. They would go on to lose their next game to Ghana in the Round of 16, but that goal will forever be remembered.

Fast forward four years to see Donovan stepping off the pitch for what was seemingly his last time representing the United States. He and Coach Klinsmann never seemed to get along, and that October night further illustrated the rift. In his 157th appearance, in front of a sold-out crowd that paid to see him sport the Red, White and Blue one last time, Klinsmann replaced Donovan in the 41st minute (a bit of a snub, as the fixture was only scheduled to honour his tenure). This came after Klinsmann’s controversially decision to leave Donovan off the 23-man World Cup 2014 roster earlier that year. Three months later, Donovan retired from competitive soccer at the tender age of 32 as he played his last competitive match for the Los Angeles Galaxy on December 7th, 2014. Not only did the Galaxy win the match, it was also the MLS Cup final: a fitting end to a good career.

It seemed a bit of an early retirement for a player of his type: a seasoned veteran who had spent roughly 10 years, sprinkled with a few disappointing loan spells, at his hometown club. He was still putting in decent minutes and even bagged the occasional goal (10 goals in 31 appearances in his final season, the Galaxy’s third leading scorer). On top of this, he held a leadership role on a squad that had just won the MLS. Even so, he claimed he had lost the passion he once held for the game, and he would never play professionally again. Apparently, that passion is back.

On September 8, 2016, after 21 months of inactivity, Landon Donovan announced he would return to professional soccer. Specifically, he would be rejoining the Los Angeles Galaxy for the remainder of the MLS season. Strangely enough, Donovan joked about returning to professional soccer about a month ago in an interview he did with Pardon My Take, a podcast presented by Barstool Sports. While the interview was of humorous tone (Donovan said he would for 15 million dollars), maybe the desire to play was still there. And when the door came knocking, he answered. Donovan cited injuries to current Galaxy players as the main reason for his return, and stated that he and Galaxy coach Bruce Arena agreed that expectations from him will “be minimal” and he will only be used in “situations that made sense for the team.”

It’s safe to assume that Donovan will be a role-playing forward who comes off the bench and plays limited minutes to motivate players at the end of a game and maybe grab a few goals. He’s been very involved in the Galaxy organisation since his retirement, so he may use this opportunity as a stepping stone toward a managerial career. Regardless of what happens, it’s always fun to see someone dust off the boots to help out a team he loves. Especially when that player leads the MLS in all-time goals (144) and assists (136) in addition to holding the record for most United States goals (57). And hey, the man is capable of magic. Maybe he’ll turn back the clock and make some Galaxy supporters celebrate like it’s June 2010.