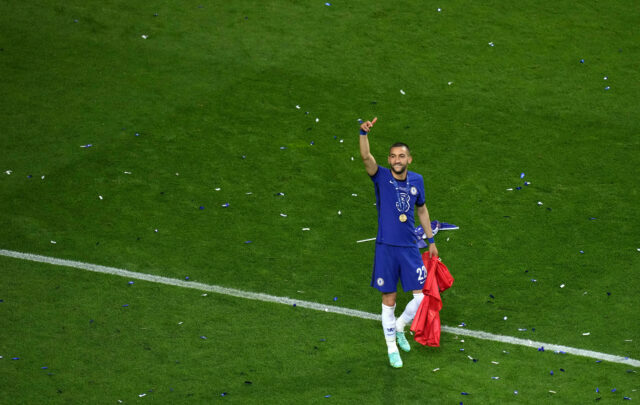 Serie A giants AC Milan are looking to raid Chelsea again this summer.

The Rossoneri have already signed Fikayo Tomori from the Blues on a permanent deal after he enjoyed a successful loan spell last season.

According to Sky Sports, the Serie A giants are looking to sign three more players from Chelsea – Olivier Giroud, Hakim Ziyech and Tiémoué Bakayoko.

The report claims that of the three main targets, Giroud is closest to leaving Stamford Bridge this summer.

His agent has already agreed a two-year deal for the striker at the San Siro, worth €3.5 million per season plus bonuses.

Milan could also turn to defensive midfielder Bakayoko, who previously played for them on loan. He has a contract with the Blues until 2022 but is not in Thomas Tuchel’s plans.

Interestingly, Milan are keen to sign Ziyech. The 28-year-old joined Chelsea from Ajax in 2020. He bagged six goals and four assists in all competitions last term.

Milan have earmarked Ziyech as an option to replace Hakan Calhanoglu, who joined fierce rivals Inter Milan on a free transfer earlier this week.

Chelsea paid £33.3m to sign Ziyech, but the Blues could be tempted to offload him if they receive a good offer.

The Italian club are also looking at other options, with Everton star James Rodriguez being another of their summer targets.