The 2010 World Cup promises to be the biggest World Cup ever in terms of Internet coverage – live or otherwise. It may not surpass the novelty of 2002 or the gaiety of 2006 and given that it will be winter in South Africa, it may not be the best event to go see world cup babes, but it will be something special.

The Confederations Cup, on the other hand, will be something of an anti-climax. Like all low-value cup competitions (think Carling Cup or the Club World Cup), there’s a tendency to take South Africa 2009 lightly, almost like a set of friendly matches.

The good thing is that every single team going to this year’s edition of the Confederations Cup has quite a lot to prove, a point to make, which should make for a spirited, if albeit inconsequential, 2 weeks of football.

Here’s a look at the different stadiums the matches will be played in, predictions for the Cup and links to fixtures, squads and how to watch the Cup live (online or on TV):

Four cities will serve as the venues of the 2009 FIFA Confederations Cup:

Originally, Port Elizabeth’s Nelson Mandela Bay Stadium was also chosen as a venue. However, on 8 July 2008, Port Elizabeth withdrew as a host city because its stadium was deemed unlikely to meet the 30 March 2009 deadline for completion.

All of these stadia are to host matches during the British and Irish Lions tour which will be in progress during this tournament, but a minimum of 9 days has been allowed for pitch recovery between a rugby match and a football match. Expect Wembley-style complaints. 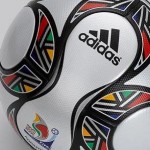 Rules: 4 teams in each group, play against the other teams in their group once, top two teams proceed to the semi-finals and so on.

In Group A I expect Spain to win their group comfortably with Iraq coming up as the runners up, although South Africa being the hosts could easily pip them to the post.

In Group B it’s closer on paper but the United States have been a bit clueless under Bob Bradley lately so it’s up to Egypt to cause a few scares and if they can get a win against Italy or Brazil, I think they’ll be a shoe-in for getting to the semis. Italy to win the group though, with Brazil as runner ups.

Predicted Final: We’re likely to see Spain take on Italy in the final, and while the European champions will be favourites for such a clash, the World Champions can’t be counted out and I think they could take the game if they can go ahead first in the game.

What are your predictions for the Confederations Cup?

The Magic Of The 2009 Confederations Cup 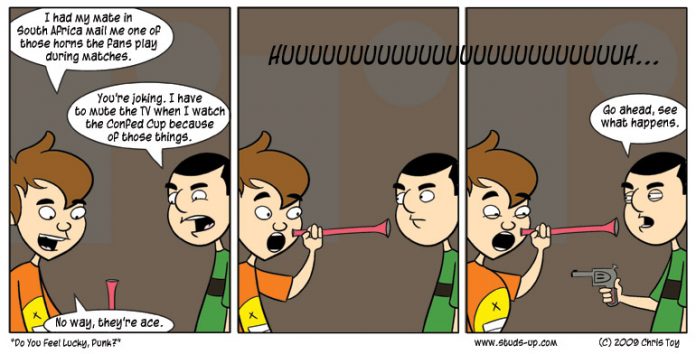 Studs Up by Chris Toy