With so many of the ‘big guns’ misfiring at this summer’s World Cup, I thought it was high time to take a look at some of the ‘lesser lights’ that have sparkled in South Africa.

Below are the 20 players that, although having seen their sides crash (some more spectacularly than others) out of the tournament prematurely, can fly home from whichever luxury hotel they may have chosen to hole up in, with their heads held high – safe in the knowledge that their careers are very much on an upward trajectory…

(Please remember that players can only qualify to feature on the list if they have already been eliminated from the competition.)

Eduardo – Portugal, Braga: The Portuguese ‘keeper came into the World Cup with an impeccable record, and left the competition with his reputation intact – having only conceded one goal.

Jan Mucha – Slovakia, Legia Warsaw/Everton: As the tournament rumbled on, it became increasingly clear why Everton manager David Moyes had moved so early to secure Mucha’s signature. Brave, athletic and composed, you can be certain that the Slovak will not be content to merely provide back-up for Tim Howard at Goodison Park.

Vincent Enyeama – Nigeria, Hapoel Tel Aviv: Produced a man-of-the-match performance in the Super Eagles’ opening tie with Argentina, heroically limiting Diego Maradona‘s men to a single goal, and then produced a string of fine saves in the games thereafter. Destined to move on to bigger and better things next season. 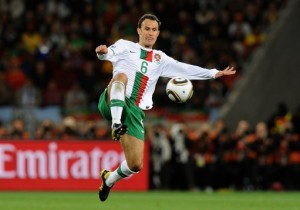 Ricardo Carvalho – Portugal, Chelsea: It sounds a little strange to include a proven international-class defender on this list, but that’s entirely the point. Carvalho faced stern criticism during the tail end of last season, with many detractors claiming that he just couldn’t cut it at the highest levels anymore. However, the Chelsea man proved his doubters wrong after enjoying a solid World Cup in the heart of the Portuguese defense.

Simon Kjaer – Denmark, Palermo: Whereas his side struggled to find momentum, Kjaer was up-and-running from the off. Cultured on the ball and determined off it, it’s little wonder that a host of European sides are chasing his signature this summer.

Lee Jung-Soo – South Korea, Kashima Antlers: Any defender that notches two goals at a World Cup finals is worthy of note, but the rangy South Korean centre-back’s aerial prowess was just as effective at the other end of the pitch. 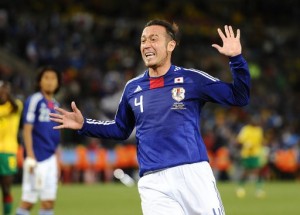 Marcus Tulio Tanaka – Japan, Nagoya Grampus: The player with the most elaborate hair at the finals repeatedly put his body on the line for his country, taking his life into his own hands at times!

Ryan Nelsen – New Zealand, Blackburn: Nelsen is one of those ‘dying breed’ defenders that literally give their all to prevent the ball crossing their goal-line. His heroic non-shall-pass display against Italy alone is enough to earn him a place on this list.

Francisco Rodriguez – Mexico, PSV: A classy, ball-playing centre-back is a rare commodity and, as such, Rodriguez is already being linked with a move to more salubrious surroundings this summer.

Carlos Salcido – Mexico, PSV: Another Dutch-based Mexican. Salcido is one of those players that you were always aware of, but never really sure why – until about a fortnight ago. To say that he never stops running is an insulting understatement, and it’s this tireless flank-play coupled with his tenacious defending that stands him out from the crowd. 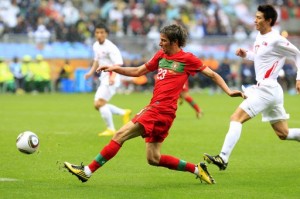 Fabio Coentrao – Portugal, Benfica: In a word, ‘effervescent’. His constant energy went a long way to buoying a Portugal side that was seemingly liable to implode at any moment – thanks largely to the constant protestations of a certain pampered ‘superstar’. Despite only breaking into the Benfica first string this season, 22-year-old Coentrao will almost definitely be moving to one of the Spanish big boys this summer.

Jeremy Toulalan – France, Lyon: To include a French player may seem a little wide-of-the-mark, but you can’t escape the fact that Toulalan was immense in Les Bleus’ opening game against Uruguay. One of the few members of Raymond Domenech‘s squad that honestly deserves to come out of the World Cup with at least a few shreds of dignity left.

Cheik Tiote – Ivory Coast, Twente: The 24-year-old holding man really impressed as a destructive entity in Les Elephants midfield. He held his position with discipline, allowing the slightly more adventurous Yaya Toure to sporadically join the attack. A clutch of Premier League clubs are already said to be tailing the former Anderlecht man. 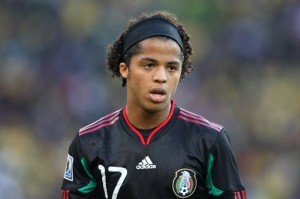 Giovani Dos Santos – Mexico, Tottenham: Having become an almost forgotten figure at White Hart Lane since being farmed out on loan to Galatasaray, ‘Gio’ has persuaded many Spurs supporters that he is worthy of another chance – following some enterprising performances on the right-hand side of El Tri‘s forward line.

Valter Birsa – Slovenia, Auxerre: The 23-year-old forward was his country’s single outstanding attack-minded player in South Africa, and cemented that fact with a wonderfully dispatched goal against the USA.

Landon Donovan – USA, L.A Galaxy: Probably the highest-profile player on this list thanks to his celebrity status. After becoming somewhat of a novelty figure within European footballing circles a few years ago (following his failed stints in Germany), Donovan is starting to prove his sceptics wrong. His successful loan spell at Everton last season convinced many that the 28-year-old is now finally ready to make the leap into top-level football, and his goal-scoring exploits in South Africa can only serve to reinforce that opinion. 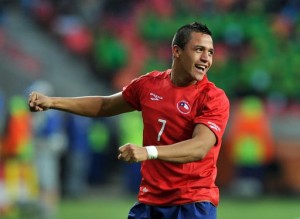 Alexis Sanchez – Chile, Udinese: The winger came into the tournament with a burgeoning reputation as ‘one to watch’ and did not let the almost ubiquitous hype weigh him down. Another player seemingly destined for a big money move this summer.

Lee Chung-Yong – South Korea, Bolton: The skillful winger impressed many neutrals in his first season in the Premier League last term, and quickly became a terrace favourite at the Reebok Stadium. The 21-year-old continued his domestic form seamlessly at the World Cup and even managed to bag himself a couple of goals into the bargain. 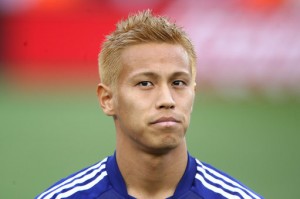 Keisuke Honda – Japan, CSKA Moscow: The fact that nearly every single Japanese attack flowed through him at one point or another is testament to his influence on the team. Honda served as a playmaker, a goalscorer, a set-piece specialist, a lone striker and a winger – all with consummate ease.

Javier Hernandez – Mexico, Man Utd: It would appear that Sir Alex Ferguson will have got himself a bit of a bargain if Chicarito continues to play for United like he did for Mexico during the World Cup. Lightning quick, always switched-on and deceptively strong, Hernandez finished the tournament with two goals to his name, despite only starting one game.

So there you go. Feel free to suggest any you think I may have missed…