On Wednesday, it will officially be one year before the 2014 World Cup in Brazil gets under way. Despite a number of highly impressive sides around at the moment it is Argentina, led by Lionel Messi, who look favourites to lift the World Cup trophy on 13th July 2014.

Alejandro Sabella’s side are breezing through the South American qualifying group, having lost just one of their 12 games so far, and look a highly impressive outfit.

But why are they favourites?

The most impressive aspect of the team is the attacking quartet of Angel Di Maria, Sergio Aguero, Gonzalo Higuain and, of course, Messi. All four are superb talents who score and create goals in abundance but also work hard for the good of the team. Their ability to interchange with one another make them a nightmare for defenders to deal with.

Throw in Carlos Tevez and Ezequiel Lavezzi and the depth they have in attacking areas is frightening.

Although the attackers make many of the headlines, the rest of the side is also formidable. In defensive midfield the likes of Javier Mascherano, Ever Banega and Fernando Gago are all terrific in thwarting opposition attacks and giving the side balance.

Their influence is crucial to the more attack-minded players in front of them. Paris Saint-Germain’s Javier Pastore is another option if Sabella is looking for a more creative, exciting central player.

Defensively, Sabella’s side are also looking rock solid, having conceded just eight goals in the qualifiers.

Sergio Romero has made himself the undisputed number one in goal, and while he is perhaps not the most well-known ‘keeper around he is very reliable. Manchester City’s Pablo Zabaleta is superb at right back, while on the other side Marcos Rojo has made the left back role his own, and is equally happy playing in the middle. 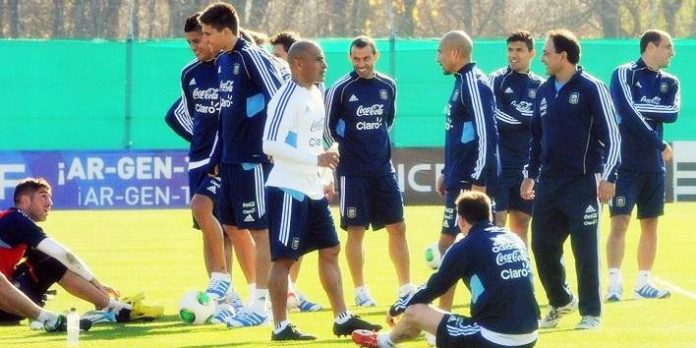 Ezequiel Garay and Federico Fernandez have created a good understanding at centre back, and both are at an age where they are only going to get better. Garay is particularly impressive, and the former Real Madrid man is reportedly wanted by Manchester United and Chelsea this summer.

Another reason why Le Albiceleste look a good bet next summer is the conditions that await in Brazil. The heat will play into the hands of many of the South American sides, who are far more accustomed to such temperatures compared to the European teams.

Despite Argentina’s many strengths Messi, unsurprisingly, holds the key to Argentina’s hopes. Many will see this as the defining tournament of his career, and if he can inspire his nation to victory there can no longer be any arguments over who the greatest footballer of all time is. Pele in 1958; Diego Maradona in 1986; this is Messi’s big moment.

So what about their rivals for World Cup glory?

Luiz Felipe Scolari’s side are not a patch on previous Selecao teams, although the fact they are the hosts certainly gives them a chance of winning the tournament.

In Julio Cesar, Dani Alves, David Luiz, Thiago Silva and Marcelo, Brazil are a very impressive, experienced defensive unit. While this area is very solid, it is more offensively that they look weak. They lack a spark in midfield, with the likes of Paulinho, Fernando and Luiz Gustavo, among others, all good but not great players. 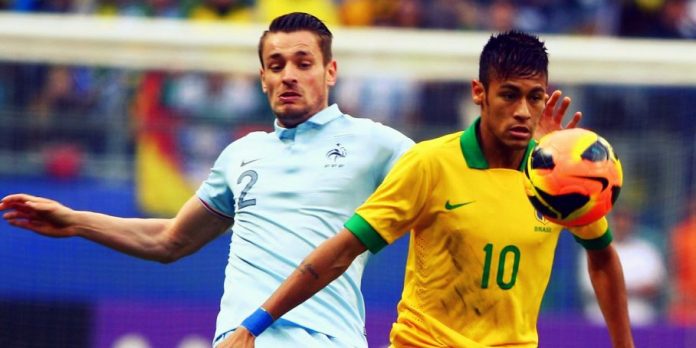 Scolari’s main hope is the young, supremely talented trio of attacking players: Neymar, Oscar and Lucas Moura. Neymar is the poster boy of Brazilian football, and in the eyes of many a future ‘best player in the world’ contender. With a season’s experience at Barcelona under his belt this time next year, he could be ready to star in the tournament.

Since the days of Ronaldo, Brazil have lacked a world-class striker. Many have tried, and failed, and at the moment it is Fred and Leandro Damiao who they have to call upon. Damiao is the younger, more exciting option, but Fred appears to be first-choice at present.

Either way, they are nowhere near the elite strikers in the world football at the moment. Hulk is another option up front, but if he plays he is more likely to be used from the right hand side instead of Oscar or Lucas Moura.

Because of Barcelona supposed demise, some are also now writing off Spain’s chances of winning a fourth straight major tournament next summer. Although this seems a foolish thing to do, they are not quite the side they were three or four ago.

Stars like Xavi, David Villa and Xabi Alonso are in their 30s now, and by the time the World Cup rolls around it is likely that they may just be a little past their peak. For Villa, sadly that is already the case. The 31-year-old, who is his country’s leading goalscorer, is not the player he was and it is an area where Spain look slightly light compared to years gone by. 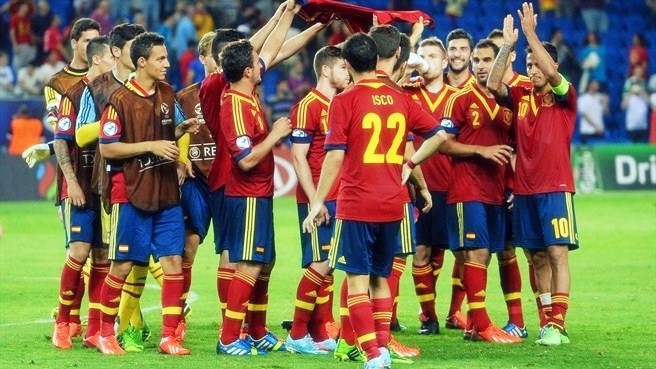 Despite this, they are still a wonderful side who, on their day, are better than anyone. Andres Iniesta remains the key man, and he will still be in his prime this time next year.

Midfield is a particularly strong area, with the likes of Xavi, Iniesta, Alonso, Sergio Busquets, Javi Martinez, Juan Mata, David Silva, Cesc Fabregas and Santi Cazorla all vying for a place in the side. That’s before we even mention Isco, who looks like he will be an absolutely sensational player in years to come.

Vicentre del Bosque’s side will be in the mix, but they may just fall short this time.

German football is very much the ‘in’ thing at the moment, perhaps unsurprisingly given the brilliance of Bayern Munich and Borussia Dortmund in the Champions League this season.

Joachim Low’s side have a perfect blend of youth and experience in their ranks, and they will only get better over the next 12 months. A world-class in spine of Manuel Neuer, Mats Hummels, Bastian Schweinsteiger and Mesut Ozil is surrounded by equally effective players like Philipp Lahm, Thomas Muller, Tony Kroos and Marco Reus. 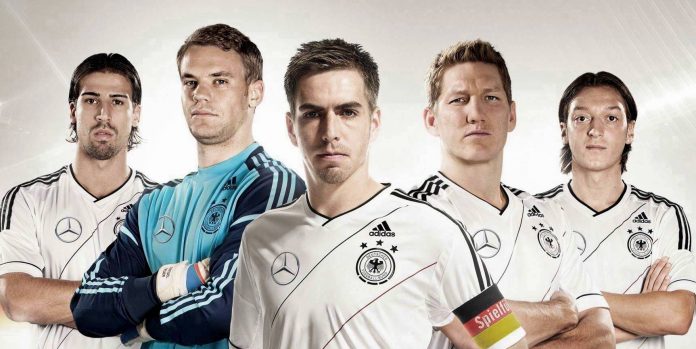 There are plenty of battles for a place in the starting lineup, which can only be a good thing for Low.

You could argue that they lack a truly world-class striker, with Miroslav Klose past his best and Mario Gomez overrated. If they had someone like Robin van Persie, Luis Suarez or Radamel Falcao in their armoury they would arguably be favourites to win the World Cup.

The time will come where they dominate international football for several years, but it won’t quite happen next summer.

The three sides mentioned above are, realistically, the major threats to Argentina. Just to reiterate, Spain and Germany are possibly better sides than them, but a combination of scorching temperatures and Lionel Messi make them the team to beat.

It’s hard to see anyone other than the four teams mentioned above winning the tournament, but there are still a few major nations who could pose a threat on their day.

France are assembling an impressive side, led by the likes of Hugo Lloris, Franck Ribery and Karim Benzema. Inconsistency and team squabbles often work against the French, and they don’t quite have the quality and depth needed at a major tournament to mount a genuine shot at glory.

The same could be said of Italy, who are very unpredictable. The 2006 heroes of Gianluigi Buffon, Andrea Pirlo and Daniele De Rossi remain key players for the Azzurri, but those around them don’t possess the talent to go all the way like they did in Germany seven years ago.

Netherlands are a side past their best, having reached the final in South Africa in 2010. The egos of Robin van Persie, Wesley Sneijder and Arjen Robben constantly seem to be at loggerheads with one another when the national team meets up, and if those three don’t perform then the Oranje  don’t stand a chance. 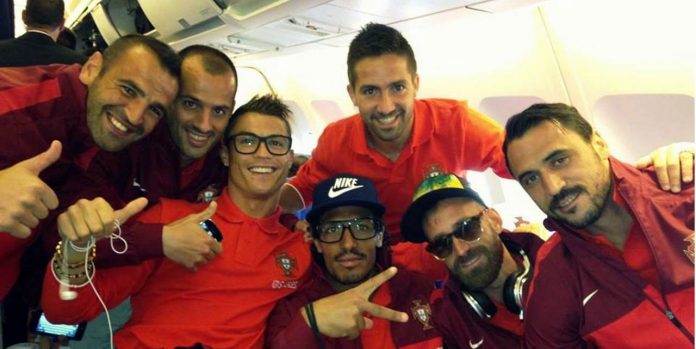 England are at their lowest ebb in many years, with poor football and poor tactics giving them next to no chance of glory in Brazil. The Three Lions’ hopes will be pinned on young starlet Jack Wislhere, captain Steven Gerrard and Wayne Rooney who, despite losing an edge to his game, is still a quality player.

They may be hard to beat at times, but Roy Hodgson’s side are as big an outsider as England have ever been at a World Cup.

Portugal have talent, but the reliance on Cristiano Ronaldo is huge. Unless the outstanding Real Madrid star can do it all himself, they won’t make any real impact on the tournament.

In terms of the South American sides Colombia, with Falcao the star man, and Uruguay, with Suarez and Edinson Cavani making up a world-class strike-force, are the two most likely to make a bid for glory. That said, Uruguay are struggling to even qualify and Colombia are overly reliant on the AS Monaco man.

Football’s greatest event is sure to be a wonderful spectacle, with the hosts possibly the most glamorous, colourful hosts imaginable.

While Brazil, Spain and Germany all have genuine chances of ruling the world next July, it is Argentina – boasting the world’s best player – who are the favourites to win the 2014 World Cup.