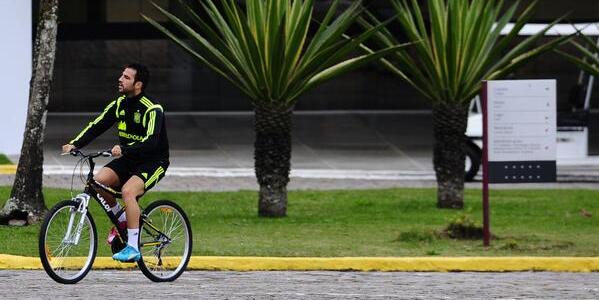 New Chelsea signing Cesc Fabregas has been involved in a training ground bust-up with beleaguered manager Vicente del Bosque, with the state of affairs surrounding the deposed World Cup champions going from bad to worse. 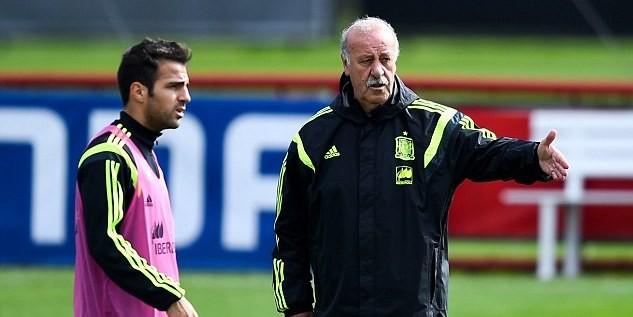 According to the Daily Mail, Fabregas was asked to leave yesterday’s training session after Del Bosque became dissatisfied with the 27-year-old’s apparent lack of effort and intensity.

After a few words from the Spain boss during training, Fabregas was seen dejectedly handing over his training bib to teammate Xabi Alonso, before departing the ground on a bicycle.

Spain’s World Cup journey came to an abrupt end last week, with La Roja dumped out of the competition after successive defeats to the Netherlands and Chile.

This bust-up marks a new low for the former world champions, who have only a dead rubber match against Australia to look forward to in Group B.

Argentina superstar Lionel Messi has been praised after his injury-time stunner saved his side’s blushes against Iran, with the 26-year-old once again dragging his misfiring nation across the finish line in Brazil. 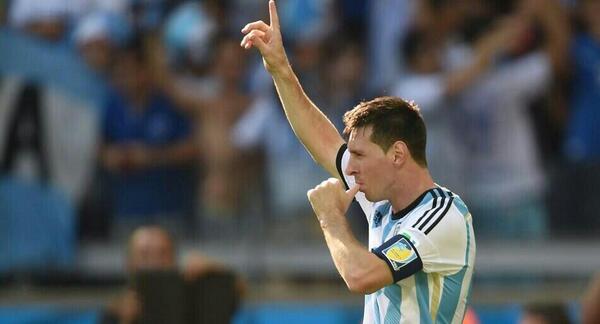 La Selección were kept at bay by World Cup minnows Iran for 90 minutes in Belo Horizonte yesterday, with Alejandro Sabella’s side indebted to their talisman Messi for yet another wonderful effort to ensure their progression to the last 16 in South America.

“We have a genius who is called Messi and fortunately he is Argentine,” said Sabella after the match at the Estádio Mineirão,

“Iran made life hard for us but with Messi, everything is possible.”

Messi’s 91st minute effort took his tally to two in two games at the World Cup, with his first the killer blow in the match against Bosnia & Herzegovina last week. His brutal intervention at the end of the game yesterday broke Iranian hearts, while also further propelling the 26-year-old towards footballing immortality.

“It was a very difficult match and Iran played a great World Cup match,” continued Sabella,

Click the predicted score for the full match preview

Belgium 2-1 Russia: A tight, entertaining game (I hope), with both sides improving dramatically, but Belgium’s for the taking.

South Korea 2-0 Algeria: Despite their strong performance against Belgium, I expect Algeria to run out of steam against South Korea on Sunday, with 21-year-old Son Heung-min to run the show.

USA 1-2 Portugal: It seems like an eternity has gone by since Portugal’s 0-4 hammering at the hands of Germany, and I’m thinking Cristiano Ronaldo may still have something big to add to this World Cup.