Morning everybody, and welcome to the daily Soccerlens World Cup column.

It’s day six of the tournament and, without trying to put a downer on the competition so far, there have been a few too many ‘damp squibs’ for my liking – here’s hoping Spain can rectify that this afternoon!

Here’s a round-up of all the World Cup has to offer up this fine, sun-spangled morn…

A last-gasp injury-time equaliser was enough to earn New Zealand their first ever point at a World Cup finals in yesterday’s early kick-off.

Slovakia looked set to get their maiden World Cup campaign off to a winning start after taking the lead in the 50th minute when Stanislav Sestak‘s devilish cross found the head of Robert Vittek and the Lille forward deftly glanced the ball home at the far post.

However, the Slovaks then sat back on their lead and were made to pay in dramatic fashion three minutes into stoppage time when, after denying Vittek a chance to bag a second with an excellent block at one end, centre-back Winston Reid rose to head home Shane Smeltz‘s enticing left-wing cross.

Read a summary of the New Zealand v Slovakia game.

The two countries that will most likely be competing to finish in second place in Group G (behind tournament favourites Brazil) played out a laboured, goalless stalemate in the group of death’s opening fixture – a result that neither side will be particularly satisfied with.

It was obviously a case of two teams trying desperately not to lose, rather than take all three points, and the flow of the game suffered as result.

Cristiano Ronaldo threatened to burst into life but, other than a peppering of smart touches and a 25-yard snap shot that smacked against the post, was kept largely dormant by the close attention of the Ivory Coast defenders.

Les Elephants talisman Didier Drogba was forced to start the match on the bench, after failing to recover from his broken arm sufficiently to secure a starting berth, but entered the fray on the hour mark – only to fire the one half-chance that came his way across the area from an awkward position.

Right-back Maicon produced either a moment of inspiration or sheer serendipity (depending on who you ask) to spur Brazil on to victory in the Selecao’s opening World Cup game in Johannesburg.

On paper the game seemed to be a foregone conclusion, but it proved to be a much more tightly-contested affair than expected, with the North Koreans matching Brazil’s work-rate and guile throughout.

With his side struggling to break down their resilient opponents, Inter Milan defender Maicon latched on to Elano‘s pass and unleashed a swerving shot (or cross) from an acute angle that beat ‘keeper Ri Myong-Guk at his near post due to his slightly suspect positioning.

Dunga‘s side settled into their rhythm after taking the lead and doubled their advantage in a manner befitting their reputation, when Elano crisply slotted home Robinho‘s exquisite defense-splitting pass.

Despite finding themselves two goals down, North Korea continued to fight and received the reward their endeavour so richly deserved when Ji Yun-Nam burst into the Brazilian area and duly crashed a shot past Julio Cesar right at the death.

My personal highlight was North Korean striker Jong Tae Se‘s reaction to his own national anthem. Being proud to represent your country is understandable but this is a little bit much Jong! 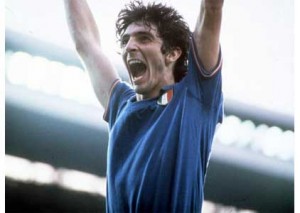 To the readers of this column, I feel I must extend my sincerest apologies. Yesterday I featured a ‘useless trivia’ item that was both erroneous and flagrantly incorrect.

I brazenly re-wrote history by claiming that Italy beat Brazil in the 1982 World Cup final, with Paolo Rossi notching a hat-trick in the process, without checking any of the facts – turns out I was wrong, very wrong…

“Nothing worse than inaccurate trivia! In 1982, Italy beat Brazil 3-2 in the 2nd round group stage with Rossi scoring a hat-trick. They beat Germany 3-1 in the final. I know this so well because I lost my shirt on Brazil that year….I thought they were certainties to win it!”

It would appear that you really shouldn’t trust strangers that you meet on the internet. 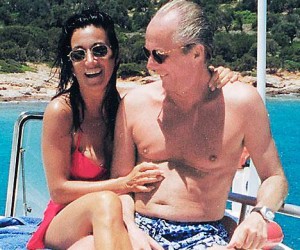 Another round of matches, and yet another fresh batch of criticism for the new World Cup ball.

‘An unpredictable disaster’ is the easily-digestible tag line you are left with once you condense all the various scathing comments made about the Adidas Jabulani at the tournament so far.

Ivory Coast coach Sven-Goran Eriksson seems perfectly happy to go along with the gestalt – calling for a summit to prevent a poorly designed ball from ruining the next big tournament;

“I can understand the goalkeepers are not happy with it at all, but it’s too late to do something about that in this World Cup. It’s a decision for the authorities for the next big tournament, whether it’s in Africa or Europe or wherever it is.

I think it should be discussed and everyone should listen to the top goalkeepers in the world because I am sure this doesn’t do them any favours at all.

Maybe we will see some goals, but discussion between managers, the company who produce the football and the football players, that would be good.”

The wayward ball is said to be the main factor for the pitifully low goal tally at the World Cup thus far, with just 23 fairly unspectacular goals scored in the opening 14 games of the tournament – the fewest goals scored at this point in a World Cup ever.

The more the merrier… 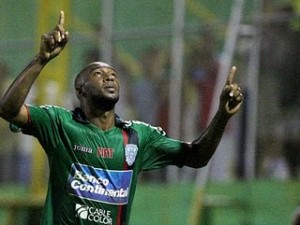 Honduras have made history by calling up a third Palacios brother to their World Cup squad.

Jerry Palacios (a striker for Chinese club Hangzhou Greentown) will join his brothers Johnny and Wilson in the Honduran squad after being called-up as a late replacement for injured Torino midfielder Julio Cesar Da Leon, who has been ruled out of the tournament after suffering a leg injury on the eve of his country’s opening game against Chile.

FIFA regulations state that countries are permitted to replace players in their squads up to 24 hours before their first World Cup fixture – a deadline that Honduras just managed to beat. 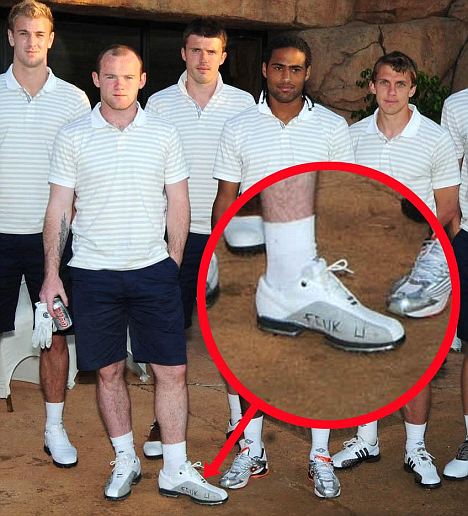 What ever could he mean?

(Pic from the Daily Mail) 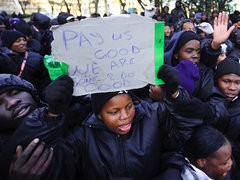 A bit of serious news here folks. The South African police have had to step in and take control of a fifth World Cup venue after protests from stadium security staff over unpaid wages.

Half of the World Cup stadiums are now under police control after Soccer City in Johannesburg became the latest ground to have it’s security staff withdrawn.

Temporary contractors for Stallion Security Consortium have already pulled out their labour from World Cup venues in Cape Town, Durban and Ellis Park (also in Johannesburg) and have now done so at the tournament’s showpiece stadium.

A spokesman for the South African security worker’s union told the Press Association that ‘a blanket strike would go ahead unless FIFA and the local organising committee intervene in the national interest.’

The goals from the recent Group C clash, excellently recreated in LEGO by block-crazed German Fabian Moritz – what more can I say?

“It’s probably a save the keeper should have made. I didn’t expect it to go in. When you hit it, you’re kinda like ‘Mmmm, does it have a chance?’ and then you see the ‘keeper mishandle it and you’re excited.”

American forward Clint Dempsey describing his goal against England. I, for one, was certainly not excited to see the ‘keeper mishandle it.

It would appear that Spain have only one selection issue going into their opening World Cup game against Switzerland today, with coach Vicente Del Bosque still unsure whether to risk Andres Iniesta after the Barca man’s recent recovery from a thigh injury. (Goal)

AS Monaco ‘keeper Stephane Ruffier has had to cut his holiday short after being put on standy to replace Bordeaux ‘stopper Cedric Carrasso in the France squad. Carrasso may have to be ruled out of the World Cup due to a pulled thigh muscle sustained on Monday. (F365)

Fulham manager Roy Hodgson has singled Germany out as the only team that have mastered the tricky conditions in South Africa. (Telegraph)

Today’s (Wednesday 16th June) round is as follows: