Top of the morning and welcome to the daily World Cup column on Soccerlens.

You may have noticed that England did a ‘lose’ yesterday when they really should have done a ‘win’, and it seems that the manner in which they whimpered out of the World Cup has angered an awful lot of people – not least the irate Fleet Street scribes (see below).

However, let’s not write off yesterday as a total disappointment, at least Argentina’s scheister-in-chief Gabriel Heinze got clocked in the chops – by a cameraman no less!

Here are today’s crumbs, swept from the World Cup table…

Following several days of inevitable hype, England saw their World Cup dreams well and truly extinguished yesterday by a German side that soundly schooled Fabio Capello‘s side, without actually having to play that well themselves.

The opening period played host to some laughably incompetent defending on England’s part, with the mobile German frontline running both Matthew Upson and John Terry ragged on numerous occasions.

David James had already produced a couple of point-blank saves before Miroslav Klose became the first German striker of the afternoon to capitalise on the England centre-back pairing’s awful positioning.

Manuel Neuer‘s ‘route one’ goal-kick somehow reached the England area without any signs of an attempted clearance and, after shrugging Upson off with ease, Klose slid an opportunistic strike under James to give his country a 12th minute lead.

More ridiculously naive England defending gifted the Germans with their second goal just ten minutes later, when Lukas Podolski was left unmarked at the far post and was left with enough time to fire a powerful shot under James despite a fairly poor first touch.

England were fading fast and needed an instant response to revive their waning spirit, which was duly provided by Upson. The West Ham man partially made up for his woeful early showing by rising to nod Steven Gerrard‘s searching cross home.

England then enjoyed a brief spell with the wind in their sails, which culminated in Frank Lampard‘s measured chip striking the underside of Neuer’s crossbar and dropping at least two feet behind the goal-line.

However, England (and the Germans for that matter) were shocked to find that Uruguayan referee Jorge Larrionda had waved play-on, after both he and his assistant had failed to spot that the ball clearly crossed the line.

In hindsight, the incident mattered little.

Bayern Munich forward Thomas Muller added another brace of superbly worked counter-attacking goals to the international account he opened against Australia in Germany’s opening game, and England fell apart as Die Mannschaft dominated the latter stages of the game with Capello’s men offering little in the way of resistance.

Argentina set up a tantalising quarter-final clash with Germany after seeing off Mexico with relative ease, but Diego Maradona‘s men were aided on their way by yet another terrible refereeing decision.

After a bright start, Mexico were cruelly robbed of their momentum when Carlos Tevez, who was yards offside after seeing his initial effort saved, nodded Lionel Messi‘s goal-bound follow-up past Oscar Perez.

The aggrieved Mexican team then surrounded referee Roberto Rossetti and his assistant, imploring the officials to watch as a replay of the goal was shown on the stadium’s big screen – but the appeals were soon waved away as Rosetti ordered the game to be restarted regardless.

Just seven minutes after half-time, Tevez struck again to all but seal his country’s safe passage into the last 8 – and there was absolutely no controversy surrounding the Manchester City striker’s second goal of the night.

After collecting the ball with his back to the Mexican goal, Tevez span and fired an unstoppable pearler of a shot into the top corner from 20 yards.

After a fallow period of evenly-matched ball retention, Javier Aguirre‘s men stirred themselves to notch a 71st minute consolation when Javier Hernandez turned smartly past Martin Demichelis and lifted a confident finish past Sergio Romero and into the roof of the Argentine goal.

Messi faded into obscurity during the second-half, but a final flourish from the tricky winger eventually led to Perez palming his curling shot wide – leaving the Barcelona man still chasing his first goal of the 2010 World Cup. 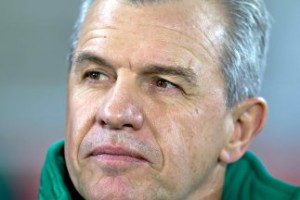 Mexico coach Javier Aguirre has admitted that two costly errors have cost his side a place in the World Cup quarter-finals.

“In the first few minutes we were superior but the two mistakes and made a dramatic difference.

We got disorientated by the first goal, we lacked the mental strength and concentration to overcome the error that wasn’t our own [Tevez’ offside goal being allowed to stand], and then we committed the second one [A defensive lapse which gifted Higuain with a goal].” 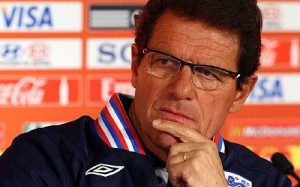 The world’s media were left to angrily file out of the media tent at the Free State Stadium in Bloemfontein yesterday when England’s pre-game press briefing lasted barely five minutes – and featured only eight questions fielded from carefully hand-picked British journalists.

The abrupt conference angered Gazzetta dello Sport correspondent Giancarlo Galavotti, who was understandably miffed at the lack of access allowed by the England media delegation.

“That was typical. They do not seem to appreciate this is the World Cup, with the emphasis on the word ‘World’.

The idea that the English set-up is not the friendliest among the top teams is reinforced by this sort of arrogance.”

During the briefing Capello divulged his starting XI and Gerrard spoke of his horrifically misplaced confidence, before being sarcastically clapped off the podium after only 5 minutes and 12 seconds – which, in hindsight, was probably a good precursor for things to come.

England vs Germany: The aftermath in quotes…

“I want to speak with the chairman and then decide my future. I need to know whether the FA have confidence in me or not.”

England coach Fabio Capello on whether or not he will resign.

“I would love to explain but it is very difficult to analyse all these games and give a reason why X, Y and Z happened.

I don’t know. I can’t explain the performances but I don’t think they have all been as bad as what we are talking about.”

England centre-back Matthew Upson. I can think of one reason.

“I’m sure there’ll be changes by the time the next tournament comes around.”

I think England captain Steven Gerrard might be right.

“I haven’t seen the goal again but I didn’t need to see it again. I knew straight away that my shot was over the line, clearly a yard or so.”

“It is often the case that, even after a slow-motion replay, 10 different experts will have 10 different opinions on what the decision should have been. Fans love to debate any given incident in a game. It is part of the human nature of our sport.”

“Maybe England were not prepared for this game as they should be.”

“Today we were dominant”

“England were overwhelmed, they just could not come to terms with our style of play. We have taken England apart. We were simply better in every aspect.”

Here’s a selection of how Fleet Street’s finest reacted to England’s dismal elimination and, as you can probably imagine, it’s not particularly sympathetic stuff;

A legend turned into a myth before our eyes at the Free State Stadium yesterday. Fabio the Tyrant, Fabio the Great Dictator, Fabio the Scourge of the Baby Bentley Brigade, Fabio Our Saviour: lost in a fetid pool of disillusion and dismay.

Oliver Holt in The Daily Mirror.

“Should [Capello] contemplate staying on after this he must have a death wish. Regardless of the quality of a set of players who represent the weakest squad ever to leave England, his standing as a manager has been shredded by a series of blunders.”

Steven Howard in The Sun.

“Even when stepping over the stiffening corpse of England’s World Cup campaign, Fabio Capello refused to acknowledge that his system was to blame. As Capello won’t change his system, England must change the manager.”

Henry Winter in The Daily Telegraph.

“England have pulled off the memorable feat of daubing failure on to the managerial CV of Capello, who had been unfamiliar with the concept until this World Cup, but much of the ink is his. His players are heading for a dumping ground of reputations far more malodorous than the one he currently stands on.”

Paul Hayward in The Guardian.

“For England, there was the pain of victimhood but also a terrible fact that could not be ignored. It was that they were leaving the World Cup, more than anything, for the most basic of reasons. They were simply not good enough.”

James Lawton in The Independent. 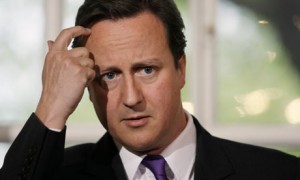 British Prime Minister David Cameron has called on FIFA to install goal-line technology after admitting his disappointment at watching Frank Lampard’s ‘goal’ scratched from the England scoresheet despite the ball clearly bouncing a clear yard behind the German goal-line.

Speaking after the G20 summit in Tokyo, Cameron said;

“I do think that the use of technology in sport can be a bonus.

I’m a keen follower of cricket and tennis and I think the third umpire has been a great thing and the machines that bleep at Wimbledon are quite handy too.

Maybe that’s something that football could now have a look at.”

Are you ready for your close-up?

Simple. Gabriel Heinze gets hit in face with camera, the whole world laughs!

Argentina coach Diego Maradona has hit out at the ‘scandalous’ treatment of Lionel Messi by opposing players. (Sporting Life)

FIFA are set to trial extra officials with a view to using them during the 2014 World Cup. (BBC Sport)

Today’s (Monday 28th June) round is as follows: