Today sees the start of the World Cup proper, with the first (and second) of the last 16 ties taking place this afternoon.

It’ll be good to see some unrelenting do-or-die hyper-tense knock-out football after having to sit through some shamelessly awful ‘let’s hold hands’ games of late – That’s right! I’m looking at you Portugal!…and you, Brazil!

In other news, it would appear that Bild must have just caught Franz Beckenbauer on an off-day when they quoted him as branding England both ‘stupid’ and ‘burnt-out’, as Der Kaiser has blamed his poorly timed outburst on a ‘bad mood’.

Well, we all get a little cranky now and then don’t we?

The Ivory Coast came into the final round of Group G games needing a ten-goal swing (thanks to Portugal’s 7-0 drubbing of North Korea) in their favour to see them through to the second round – and alas, there was no miracle scorelines forthcoming.

Sven Goran Eriksson‘s men came out of the blocks firing, and Didier Drogba thought he’d given his side the perfect start but instead saw his headed goal correctly disallowed for offside (despite the Chelsea striker’s finger-wagging protestations).

The Ivorians continued to press and scored two early goals through Yaya Toure (an almost ‘passed’ finish from the edge of the area) and Romaric (the Sevilla midfielder nodding home after Drogba’s smart shot came back off the underside of the bar), but then started to loose momentum as the game went on and it soon became apparent that the goal deluge required probably wouldn’t materialise.

Les Elephants wasted a hatful of chances to further extend their lead with Drogba nodding wide from close-range and both Gervinho and Saloman Kalou also guilty of wasting good opportunities.

Kalou finally added his name to the scoresheet late in the game, volleying Arthur Boka‘s swept cross past Myoung-Guk Ri, but it was a case of too little too late for the Africans who, unbeknownst to them, had their fate sealed by results elsewhere.

What should have been a feast of attacking football rapidly turned into a drab bore-draw, as each side became increasingly aware that a stalemate would see both teams qualify for the last 16.

The first half was nothing if not feisty, with seven cautions being administered for a series of petty fouls but free-flowing football was at a premium with both sides restricted to long-range shooting. The frustrated Cristiano Ronaldo being especially guilty of attempting ridiculously egotistical efforts from 40+ yards out.

Unsurprisingly, the second-half was even worse – with both teams secure in the knowledge that they would be sure of progressing through to the knock-out stages if the status quo was preserved.

Brazil kept the ball in their own half for long periods of play (Dunga‘s side ended the game with 68% possession, despite a fairly even first half), but Portugal showed no signs of wanting to retrieve it with any urgency.

Late in the game, Brazilian substitute Ramires broke ranks and fired a shot at the Portuguese goal but, even though heavily deflected, Eduardo was able to athletically palm the ball clear to keep his 100% World Cup clean-sheet record intact.

Two first-half goals were enough to see Spain finish up at the summit of Group H and secure La Furia Roja a second round derby with bitter rivals Portugal.

Chile started the game at a break-neck tempo and caught Spain off-guard. Vicente Del Bosque‘s side tried to impress their measured passing game on their opponents from the off – but to no avail.

The South American’s were ill-disciplined but their constant harassment (off the ball) and quick movement (on it) meant that Spain were finding it hard to settle, until a moment of pure inspiration put paid to all of Chile’s hard work.

With ‘keeper Claudio Bravo stranded outside his box after a botched clearance, Spain hitman David Villa lobbed a 45-yard shot into the gaping goal from an awkward position wide on the left – notching his third goal of the tournament in the process.

Spain then doubled their lead 15 minutes later with a goal that was notable for three reasons, the first being the stunning interplay that led to the opening, the second being Andreas Iniesta‘s cultured first-time finish and the third being that Chile midfielder Marco Estrada received a second yellow card during the build for a seemingly accidental trip on Fernando Torres.

Chile came flying out of the traps after the break and quickly pulled a goal back with only three minutes of the second-half gone.

Ten minutes after the break, ‘Cesc Fabregas came on to replace an ailing Torres – the Liverpool striker looking unfit and completely out of sorts from the get-go.

Marco Bielsa‘s side knew that one more goal would see them re-enter the race to finish top of the the pile in Group H, but Spain’s precise ball retention work saw that the Chilean’s fresh impetus soon waned.

The closing stages of the game closely echoed the afore-mentioned clash between Portugal and Brazil in that both sides, upon realising they were through, were content to merely play out the final 25 minutes without trying anything spectacular.

Switzerland crashed out of the World Cup after failing to register the two-goal win over Honduras that they needed to guarantee themselves a place in the last 16.

Ottmar Hitzfeld‘s side lacked a crucial cutting edge, seeing wave after wave of their attacks either nullified by the taught Honduran defensive line or culminate in weak shots.

The Central Americans used counter-attacking tactics to good measure but, like the Swiss, failed to make the most of the few opportunities that came their way.

Despite their need for goals, Switzerland were unadventurous and seemingly reluctant to commit the necessary bodies forward in search of a vital life-line.

In the end, Spain’s victory over Chile saw the Swiss bumped into third place in the Group H standings and thusly sent them packing along with the Hondurans, who were eliminated without scoring a single World Cup goal.

Franz takes it all Beck(enbauer)… 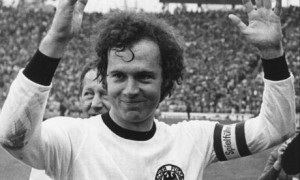 Franz Beckenbauer has apologised to England for comments he made recently, labelling Fabio Capello‘s side as both ‘stupid’ and ‘burnt-out’.

“I apologise, because I like England and I like English football. Maybe it was a reaction because I was disappointed [with England] and maybe in a bad mood.”

Read the full interview on Soccerlens.

Montagne out of a molehill… 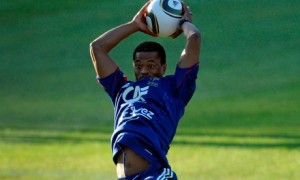 If you thought that the ridiculous melodrama surrounding the France national football was showing signs of dissipating of late, think again!

The French government (yes, government!) are now set to launch an enquiry into their national football team’s disastrous showing at the 2010 World Cup.

The news was confirmed by Les Bleus’ captain Patrice Evra, who told TF1;

“An investigation will be opened by the ministry and all the players will be heard.

Each one of us will say what they experienced and will say the truth.

Everyone will give some information from each angle and all sides.”

And the saga rumbles on…

“I’m not ashamed to say that I cried last night after 14 years in Azzurro. With four stars on your chest, you feel obligated to win. It’s only natural to feel pressure but we were too afraid. I saw it in the faces of my team-mates.”

England vs Slovenia (recreated in Lego)…

LEGO nut Fabian Moritz has been had at work again, this time creating a ‘brick-by-brick’ rendering of England’s recent victory over Slovenia.

Thierry Henry has spoken of his ‘isolation’ within the France World Cup camp. The striker has also admitted that their is an inherent ‘sickness’ within the squad that is effecting the players’ morale. (F365)

England ‘keeper David James is confident that the Three Lions can see off Germany without penalties being a factor. (Guardian)

Speaking of England vs Germany, it would appear that Matthew Upson is poised to retain his place in the starting XI despite Jamie Carragher and Ledley King being available for selection. (Telegraph)

England have been allowed to unwind before their upcoming second round tie with Germany by having a ‘Zulu BBQ’. (Mirror)

Today’s (Saturday 26th June) round is as follows: