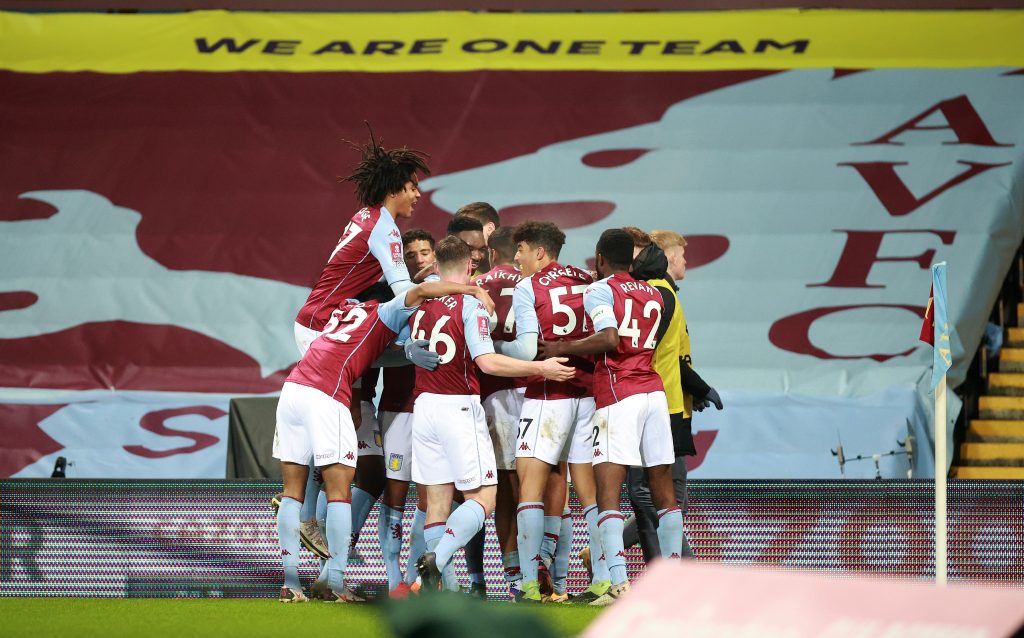 Aston Villa picked up a 1-0 win over Arsenal in their last Premier League game – the first time in 37 years that the West Midlands club managed to complete a league double over the Gunners.

Villa are currently ninth in the Premier League table with 35 points from 21 matches, and Arsenal find themselves outside of the top half with just 31 points from 23 games.

Villa would be 10 points ahead of the Gunners if they win their next two games. A couple of wins could also take them into the top four. Fourth-placed Liverpool have 40 points from 23 matches.

A club of Arsenal’s stature are expected to qualify for the Champions League at the very least and it will require a herculean effort from Mikel Arteta’s players to secure a top-four finish from this position now.

At the start of the season, few would have expected Villa to be in this position, but it wouldn’t be surprising if they finished above Arsenal in the Premier League.

They have proven themselves to be a more cohesive and confident unit compared to the London side. Dean Smith got his summer transfer business spot on, and Villa have beautiful balance across the pitch.

The Midlands club needed to bring in a quality striker and a right back at the start of the summer. The likes of Ollie Watkins and Matty Cash have been inspiring additions to the squad.

They also needed to bring in proper cover for star player Jack Grealish and the likes of Ross Barkley and Morgan Sanson are more than capable.

By contrast, Arsenal have failed to address their weaknesses in the summer. The Londoners have been quite mediocre going forward this season, and star striker Pierre-Emerick Aubameyang has failed to hit his peak form.

Arsenal have scored just 27 league goals, and only seven teams have scored less than them at this stage of the season.

The January transfer window was an opportunity for them to fix their faltering attack, but Arteta has failed to do so.

The Gunners have some big games coming up in the next few weeks, which could determine their fate this season.

The Londoners will take on Leeds United, Manchester City, Leicester City, Tottenham Hotspur, West Ham Unites and Liverpool in their next seven Premier League games. Also, the game against Leeds kicks off a spell of five matches in 14 days.

With the Europa League games sandwiched in between, the players are likely to feel jaded during this period, and the performances could suffer.

On the other hand, Villa will be up against beatable sides like Brighton & Hove Albion, Leicester, Leeds, Wolverhampton Wanderers, Newcastle United, Sheffield United and Fulham in the next seven games. They do not have the baggage of European football either.

It will be interesting to see how the two sides navigate these fixtures in the coming weeks.

Villa have already exceeded expectations this season and are under no pressure. But Arsenal are under tremendous pressure to turn their season around and meet the expectations of the fans.

There is no doubt that Arsenal have a more challenging set of fixtures in the coming weeks, with most of the teams they will face above them in the table.

The Londoners managed to pick up some form towards the end of December, going unbeaten in seven league games. However, they have lost their last two Premier League games against Wolves and Villa.

The Gunners lack confidence and momentum right now. They have a testing period of seven games coming up, and it is fair to assume that they could struggle against the likes of Man City, Liverpool, Tottenham and West Ham.

Villa are likely to be more confident and fresh heading into the business end of the season, and they certainly have a good chance of finishing above Arsenal.