Will Arsene Wenger finally get it right in the transfer window? 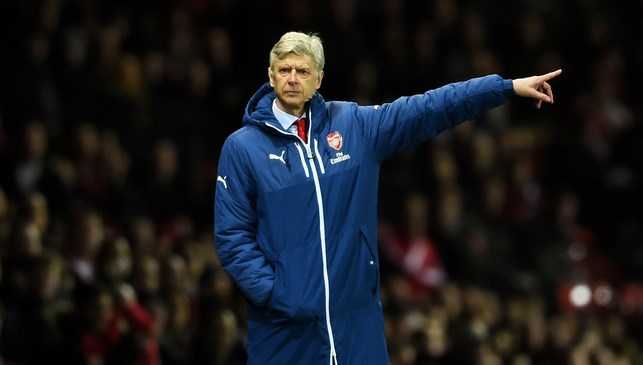 Season after season, it’s been the same story for Arsenal in the transfer window. Despite the club’s relatively modest financial condition following the building of the Emirates Stadium in 2006, Arsene Wenger’s inability to ruthlessly sign the players needed in the summer has cost them dearly. Since 2004, they have only won 3 FA Cups.

It has been concluded time and again that Arsenal lack leaders in the dressing room, big characters who can take responsibility when the going gets tough. As long as they are dominating teams and are allowed to play with freedom, the Gunners are probably the finest in the land. But when it comes to grinding out results with their backs to the wall, the players have always failed.

Arsenal had some of the most authoritative players in Premier League history in their squad at the turn of the millenium, with Patrick Vieira, Robert Pires, Thierry Henry, Ray Parlour and David Seaman among others leading the way for the rest. Since 2005, they have fallen short in that department. The players who have emerged as leaders, like Cesc Fabregas and Robin Van Persie, have left due to lack of trophies at the Emirates.

Arsenal started their summer with a great signal of intent, signing Premier League legend Petr Cech from Chelsea. The goalkeeper has won 4 Premier League titles in his career, and is just the kind of player who can add impetus and motivation to this squad of undoubtedly talented players.

It was widely acknowledged that Wenger needed players in three departments – goalkeeper, central midfield and centre forward. With Cech signed, it looked like the Frenchman would go and fill the other two gaps with quality signings as well.

But for a month now, Arsenal have been very quiet in the window, not signing or selling anybody. In midfield, they were considered favourites to sign Geoffrey Kondogbia, but the Monaco man chose a move to Inter Milan instead.

All in all, they have largely the same squad that finished 3rd last season, a sizeable 12 points behind champions Chelsea. They were very good in the second half of the season with the addition of Francis Coquelin, and will start the season in the same vein, but they are still a couple of players short as far as having the complete squad is concerned.

Wenger has been passive and cold when it comes to forcing the issue in transfer deals, as his refusal to spend more than £40 million for Luis Suarez two seasons ago so clearly showed. Even though his offer of £40,000,001 to Liverpool seemed cheeky at the time, it came back to haunt him later.

Arsenal’s only out-and-out centre forward is Olivier Giroud, with Lukas Podolski and Yaya Sanogo both leaving the club this summer. The Frenchman scored 14 goals last season in the Premier League, but is still heavily criticised by his own fans for failing to step up to the mark when it really matters.

There is no doubt that Arsenal need a world-class striker to challenge for the title, and recent reports have indicated that they are very much on the lookout for one. This report by The Guardian states that Wenger has the full backing of the club in his pursuit, and will even be allowed to break the the club’s transfer record to bring in a top quality forward. The record currently stands at £42.5 million, which the club paid to Real Madrid for Mesut Ozil two years back.

Another superstar in the Spanish capital, Karim Benzema, has been linked with a move to the Emirates, but the player’s agent quashed the rumours in this interview to Sky Sports two days ago.

According to this report by Sky, the other contenders include Robert Lewandowski, Edinson Cavani, Gonzalo Higuain, Alexandre Lacazette and Pierre-Emerick Aubameyang. Wenger has reportedly identified one of these players as his prime targets and will be fully backed by the board in the deal.

None of these superstars though, will come cheap, and it will be interesting to see if the club are willing to go as far as they can to see the transfer through. Wenger’s indecision and lack of conviction has been his major fallacy over the past decade and that will need to change if Arsenal are to sign a world-class striker and challenge for the Premier League next season.