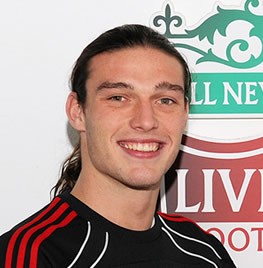 Liverpool fans are well-known for supporting their players to the fullest. Even when they are not performing well, fans are patient but to a certain extent. Majority of the fans are still backing Andy Carroll however having spent record 35 million pounds for him who has not proved his worth yet some fans think otherwise. Here are some recent decent comments online, not the worst ones:

So, WHY not all fans back him and, WHEN will they all love him?

Firstly the previous occupant of the number 9 shirt was a “Star”. Although fans do not even like to hear his name now but if any Liverpool fan comes up and says that he or she absolutely hated his three years at the club then it’s a plain LIE.

Fans worshiped him, week in week out the Kop used to bounce singing the “Torres Song” when he continued scoring goals after goals. His record speaks for itself, reached his half century quicker than many Anfield Legends like Rush, Fowler, Aldridge, Keegan and current manager who’s perhaps the best player in the history of the club Kenny Dalglish.

“The fans hate him so much because they loved him so much” after the way he left the club, can be easily called “Betrayal”. Andy Carroll is completely different player as compared to Fernando Torres. Carroll was better than him last season but after joining Liverpool for such a heavy sum, obviously fans did expect him to bang goals replacing their main talisman and expected a whole lot than what he has been able to do coming back from injury.

If the departed Spaniard was a star, then the prolific Luis Suarez by all means has turned into a “Super Star” already for the Anfield faithful. He raised the bar even higher, the never giving up attitude has made him instant Kop hero. Arguably the Uruguayan is most menacing creature in the premier league whose movement is absolutely terrifying for the defenders.

In his appearances, Suarez provided 6 assists, scored 4 goals and was part of almost every attacking move for Liverpool. In all fairness, it’s not the new number 9 Carroll but Luis Suarez who has turned Fernando Torres into a forgotten man.

Again Suarez cost 12 million less than the big Geordie who for now is nowhere near a player of Suarez’s World Class quality. Some argue that even with lack of movement, Carroll’s main strength is his “Presence” and others reply “is that enough” especially when the Dalglish’s system is “pass and move”.

We all saw what he is capable of doing last season in the premier league but that was for Newcastle. Fans do not want him to end up like Robbie Keane who was a good player for Tottenham but could not fit in Liverpool. For now the lad deserves full backing. Those who do not love him need to wait and judge him when the season starts as he is completely fit now.

The demand for brilliant performances from him is very high and so as the pressure. He cannot be the best all the time but each and every fan will sing his name if he puts in star performances like the one against Manchester City.