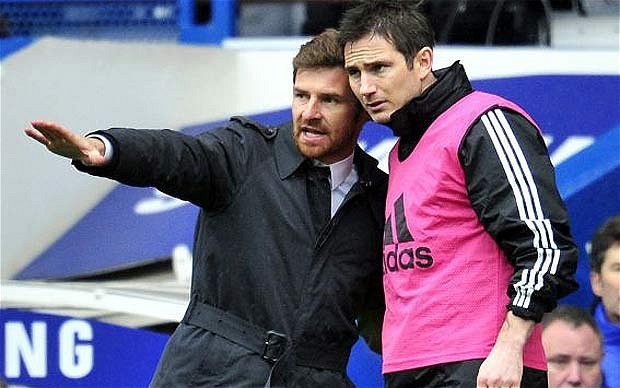 When Andre Villas-Boas took over as Chelsea Manager in June 2011, he probably didn’t envisage the club’s dressing room being his biggest problem during his first season in English football. A dressing room filled with international footballers and seasoned professionals would surely have been an attraction for any potential Chelsea manager following the ruthless sacking of Carlo Ancelotti. The unfortunate truth is that ever since Jose Mourinho left the club in 2007, ‘player power’ has grown to the extent that it is now too powerful at a club where it is clear to see that senior players have an influence on the rich Russian who writes the cheques.

Only the players within the club will know how it has developed to the stage that it is now at. It appears the Chelsea players, as a collective, became victims of their own success under Mourinho. The success they enjoyed on the pitch under his leadership became a new level of expectancy that had to be replicated and surpassed on a yearly basis. Since Mourinho departed, the Chelsea players have been the architects of their own downfall, seemingly clinging to the idea that the only way they can be that successful again is to do it ‘the Mourinho way’.

‘Player power’ at Chelsea saw an end to Felipe Scolari’s attempts at transforming the team into a more fluid, attack-minded team and the same problem seems to be rearing its ugly head again this season as Villas-Boas attempts to rebuild the side by altering its character, mentality and style. The only managers to have enjoyed any success since ‘The Special One’ are Guus Hiddink and Carlo Ancelotti. Hiddink lead the club to FA Cup glory in 2009, and Ancelotti lead The Blues to a domestic League and Cup double in 2010. But when you look back, the changes these managers made to the set-up of the team were minimal. Hiddink was only ever intended to be in charge for a short time following Scolari’s short reign and so just used the system best suited to the squad of players he inherited – which was Mourinho’s 4-3-3 system with generally the same game plan. Ancelotti’s Chelsea generally also played a 4-3-3, with Anelka forced to operate from a wider starting position, although the Italian would often use the narrow diamond midfield in a 4-4-2 that he had success at Milan with. But the temperament and approach to games of his Chelsea team consisted of the same deep defensive line, a strong spine of the team that didn’t venture out of position and counter-attacking style that typified Mourinho’s Chelsea. So the influential Chelsea players were ‘on board’ with the Italian.

Scolari looked to play a quicker, shorter passing style and be much more open in terms of fluidity and movement. Unfortunately he was trying to do it with what was still predominantly the Mourinho squad. A squad full of players with different capabilities and attributes compared to the Brazil and Portugal national sides that he had previously managed. Ultimately he wasn’t afforded the time needed to implement such drastic changes successfully and rumours of player revolts and key players being unhappy with the Brazilian’s plan lead to his dismissal.

Villas-Boas is now attempting something similar all over again. He wants his team to defend higher up the pitch, press the opposition, move the ball quicker and be better in possession. As with most managers post-Mourinho, he has not had the funds to buy enough players to implement this successfully immediately. He does, however, have first-hand experience of the squad having previously worked as Mourinho’s assistant at the club. I’m sure he would love to have the same £120million transfer budget that was afforded to Claudio Ranieri in 2003 to be able to transform the squad. Unfortunately for the Portuguese, Mr Abramovich doesn’t appear to want to throw such huge sums of money around in transfer fees in support of a Manager any more (not counting the2011 transfers of Luiz and Torres which did not appear to be signings that the manager at the time had asked for). This forces Villas-Boas, as it did Scolari before him, to do it gradually over time, possibly having to take one step backwards in order to later make larger strides forward.

Reports of a row between players and manager in the wake of a recent defeat at Everton and the ever-growing rumours of unhappy players and the manager ‘losing the dressing room’ all suggest that ‘player-power’ at Chelsea could be about to see to another manager trying to bring change being sacked before being given a fair opportunity to do it. Maybe questions should be asked why this ‘player power’ tries to resist change. Is it because the slower-paced players such as Terry, Lampard, Mikel, Ivanovic and an ageing Drogba fear that such a change in style will result in them being shown the door? They would struggle to get a salary equal to their current contracts elsewhere after all. Or is that too cynical a suggestion? Either way, Abramovich paid FC Porto £13million in the summer to acquire his services. The least he should do now is back him, both publicly and in a meeting with the key Chelsea players who have come to believe that they are bigger than any manager of the club.

Abramovich needs to be stronger. He is unquestionably a hugely successful man having amassed the personal fortune he has in business. So there is no suggestion he is a pushover or easily swayed by others. But there should be serious questions asked of him why he has previously expressed a desire for Chelsea to play a more expansive and entertaining game, yet sacked the first manager he employed to execute that and is in danger of allowing the second attempt to become an equally short affair.

The Russian billionaire should tell the Chelsea players in no uncertain terms that Villas-Boas is there for the long haul, and that they can work hard to adapt and play the way he wants them to play, or be replaced. To reinforce that support I believe he should then provide substantial funds for Villas-Boas to go out and buy a few players of similar ilk to Juan Mata in the summer.

The bottom line for me is that no group of players should ever become more important, or believe that they’re more of an indispensable commodity, than the manager. It simply isn’t a recipe for success and until Chelsea sort out their internal problems and inevitably begin to replace some of the ‘old guard’, they will struggle to move forward to the level Abramovich demands.